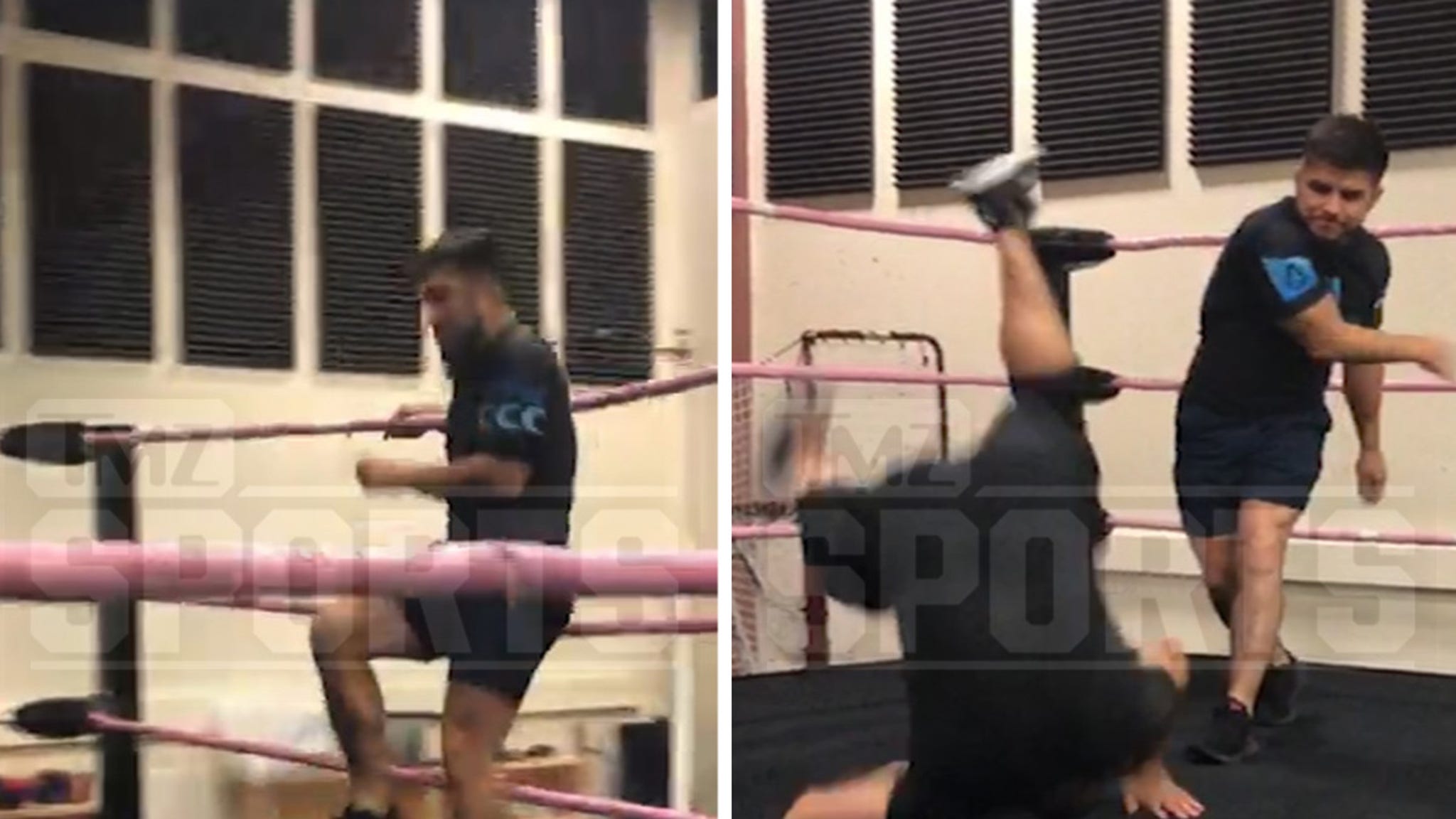 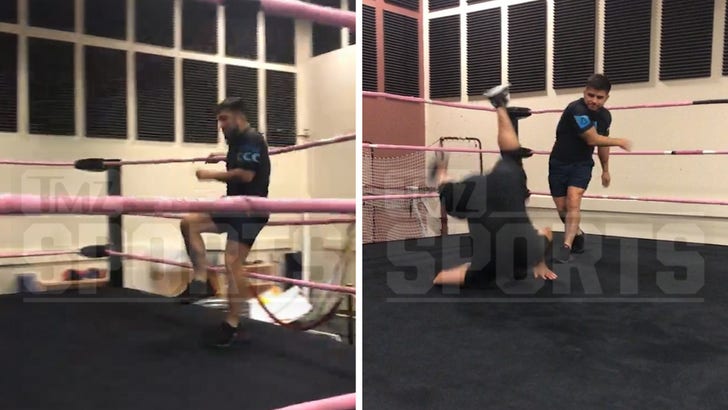 MMA champ Henry Cejudo has begun training to be a pro wrestler — and his mentor is the legendary Chavo Guerrero!!

Check out the footage of 34-year-old Cejudo putting in some work with the former WWE cruiserweight champ recently at a secret wrestling ring at the Smart Cups offices in Orange County, CA.

Henry’s literally learning the ropes — but the guy is a world-class athlete who previously held titles in TWO different UFC weight classes at the same time!

Plus, UFC fighters tend to do well in the pro wrestling world — just ask Ronda Rousey and Ken Shamrock.

“Chavo is a legend, and I have been learning a lot from him,” Cejudo says … “I have really gotten the itch lately as I feel as I am in fighter shape.”

“I have no doubt Chavo can make me into a world champion in professional wresting.”

Chavo also sees huge potential in Henry — saying, “I have trained all types of actors and wrestlers, but it comes very easy for Henry.”

“Henry is an Olympic champion, double champion in the UFC, and I have no doubt that he can be a WWE or AEW Champion.”

“He has great athletic ability and instincts and really hopes at some point he pursues professional wrestling because he has a natural gift.”

Of course, Henry is still young — and has teased his fans about a possible comeback to the UFC. He also wants to box Floyd Mayweather.

Dude’s clearly got options — it’ll be very interesting to see what he lines up next.