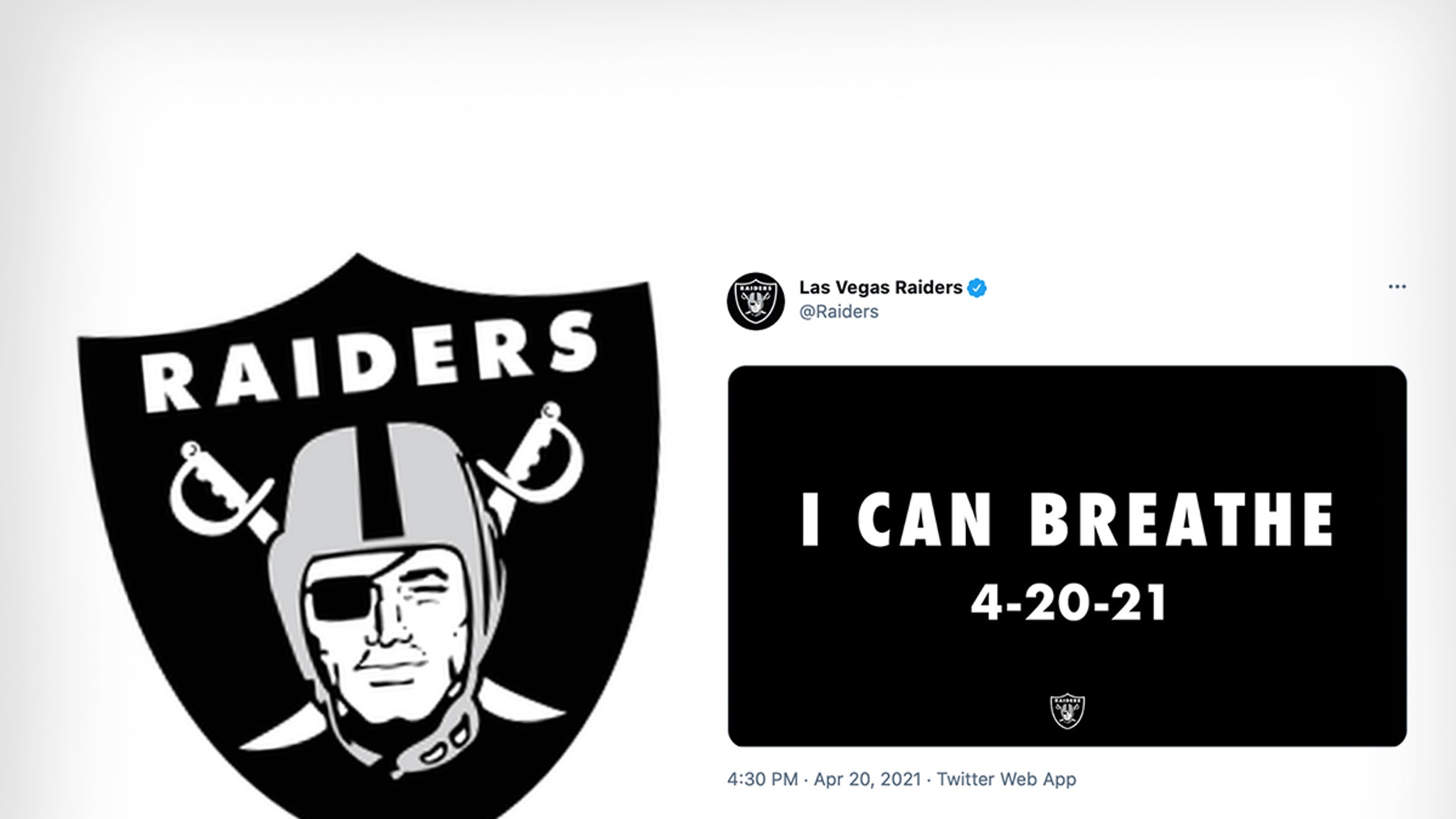 The Las Vegas Raiders tried to enter the chat after the Derek Chauvin verdict on Tuesday — but they’re getting torn apart on social media for what some are saying is an insensitive post.

After Chauvin was found guilty of murdering George Floyd on Tuesday, the Raiders’ social media account tweeted out, “I CAN BREATHE” with the date and the team logo.

The problem … people feel it’s very insensitive because Floyd told officers, “I can’t breathe” more than 20 times while being forcefully detained by Chauvin, who at the time was a member of the Minneapolis Police Department.

On top of that …  while the verdict is a step in the right direction, there’s clearly work to be done.

The reaction to the Raiders’ social media post has been overwhelmingly negative … with THOUSANDS of responses piling in on Twitter.

— “Donate money to the inner cities of Oakland & delete this post.”

— “Delete this wtf is this omg”

The tweet is still up as of 5 PM PT … but given the backlash, that could change.