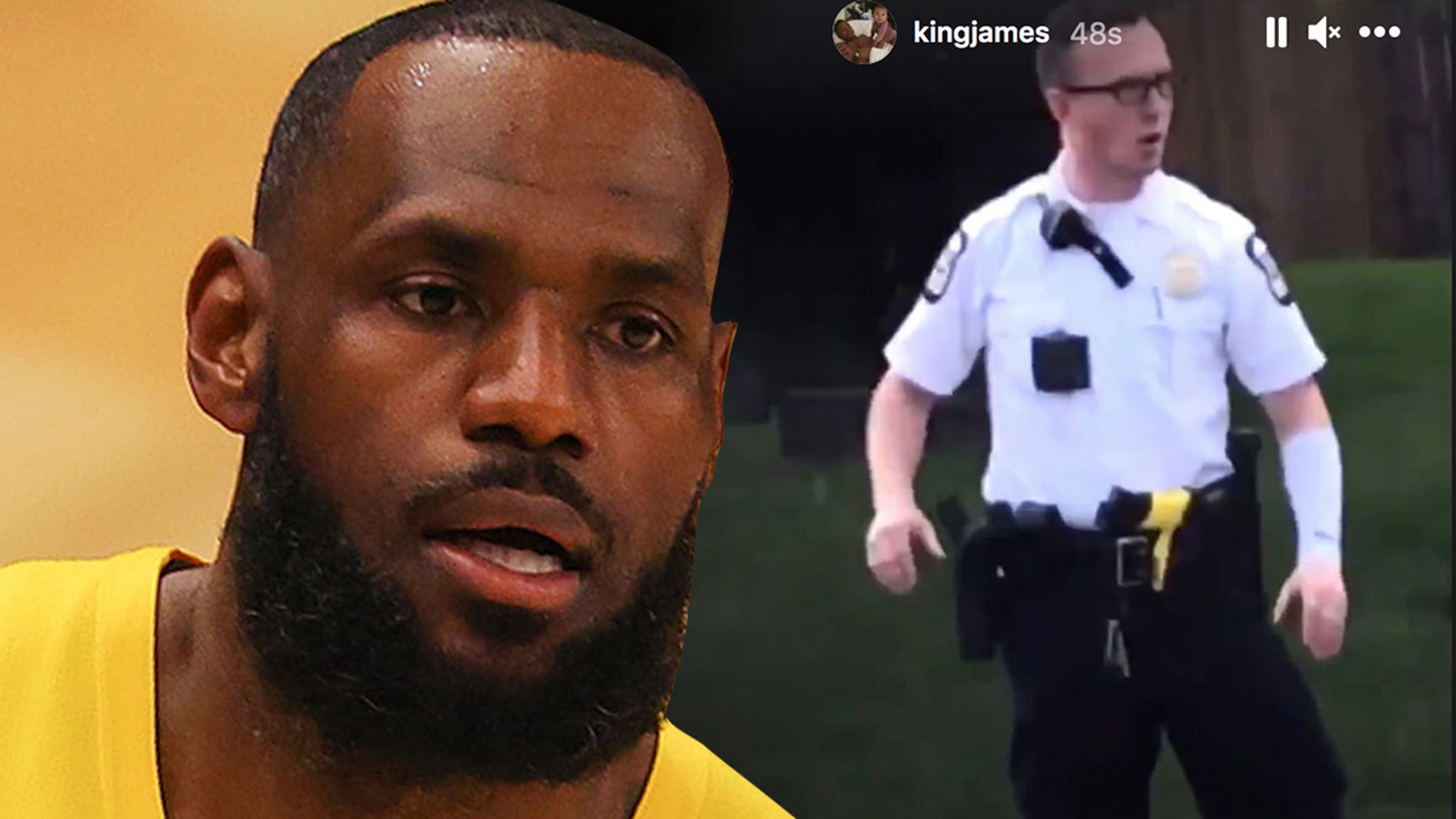 A U.S. senator is accusing LeBron James of “inciting violence” against a police officer after the NBA superstar shared a photo of the cop with the caption “you’re next.”

LeBron posted — and has since deleted — a picture of the police officer who shot and killed 16-year-old Ma’Khia Bryant during a violent incident Tuesday outside of a home in Columbus, Ohio.

Body cam footage shows Bryant in a physical altercation with two other people … and it appears as if she’s trying to lunge with a knife at one of the other girls.

That’s when one of the officers pulled his gun and fired four shots at Ma’Khia — killing her.

When questioned at the scene about why he opened fire, the officer responded, “She had a knife. She just went at her.”

Clearly, LeBron felt the officer used excessive force, and feels the situation could have been resolved without fatal gunfire.

LeBron posted a photo of the officer with the caption, “YOU’RE NEXT #ACCOUNTABILITY” … insinuating that he should be prosecuted just like Derek Chauvin.

But, LeBron’s post has sparked a backlash, with the largest police union in the country condemning the Lakers star’s message as “disgraceful and extremely reckless.”

The National Fraternal Order of Police tweeted that LeBron “should educate himself and, frankly, has a responsibility to do so, on the facts before weighing in.”

“The officer saved a young girl’s life. No amount of gaslighting will change that fact.”

Lebron James is inciting violence against an Ohio police officer.

This is disgraceful and dangerous.

The message was echoed by Sen. Tom Cotton from Arkansas, who said, “LeBron James is inciting violence against an Ohio police officer. This is disgraceful and dangerous.”

Even ex-MLB star Lenny Dykstra is going in on LeBron, saying, “Hey, @nba, have you disciplined #LeBronJames for making a real and ongoing threat to the life of the brave officer in Columbus who prevented a knife attack from being even worse?”

As for the officer in question, officials have said the Ohio Bureau of Criminal Investigation will launch a full investigation into the incident.