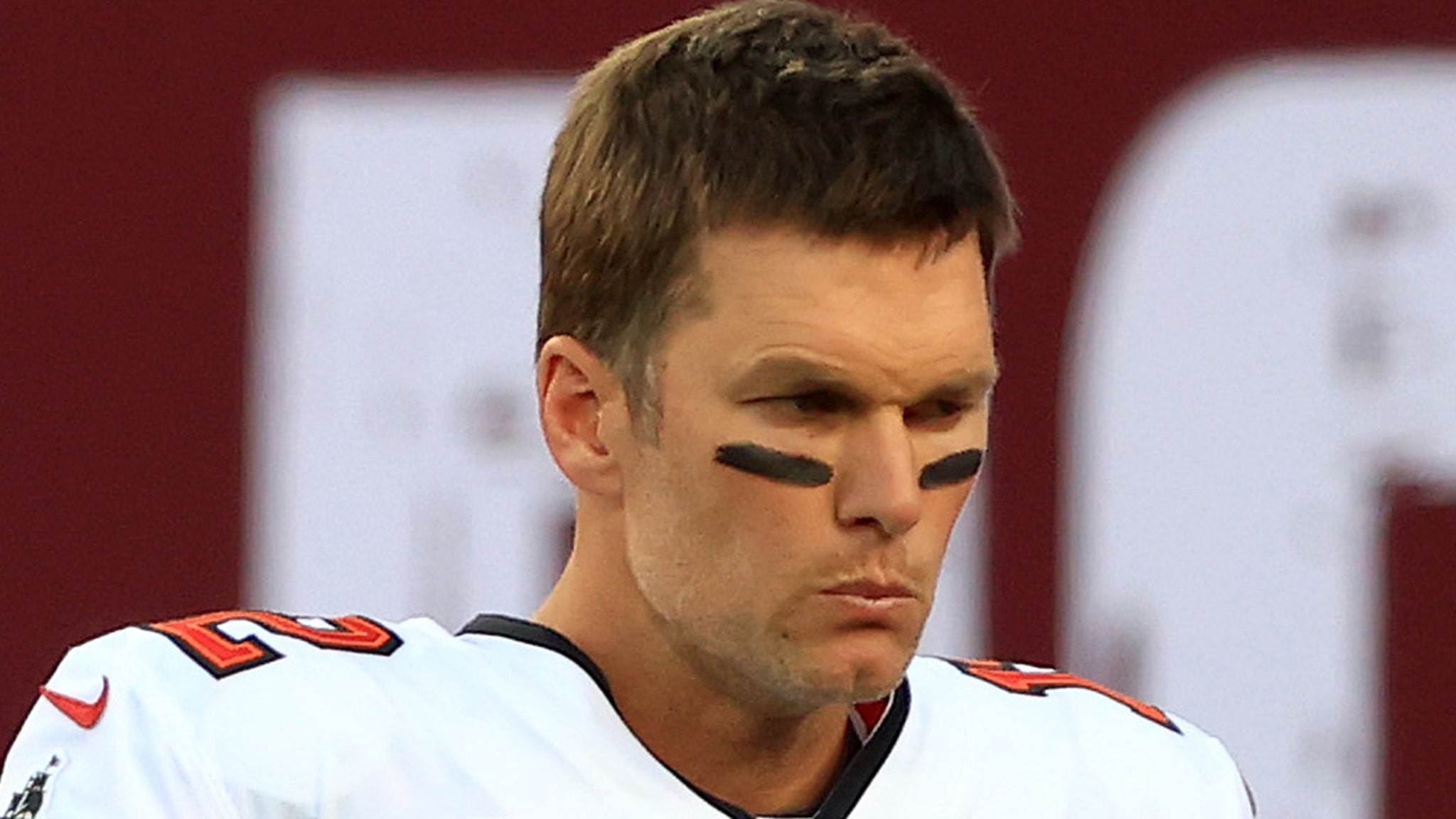 Did you know the Greatest Of All-Time also moonlights as captain of the No Fun Police???

It’s true … ’cause Tom Brady just crapped all over the NFL’s awesome, new jersey number rule change in one of the most old-man “Get Off My Lawn” rants we’ve ever seen!

If you missed it … the league announced this week it’s easing up its uniform restrictions for 2021, allowing most players to now wear single digits and other fun numbers.

Most of the dudes are pumped for the change … it’ll allow guys to continue to wear their college jersey numbers into the pros — but Brady made it clear Thursday he HATES it. 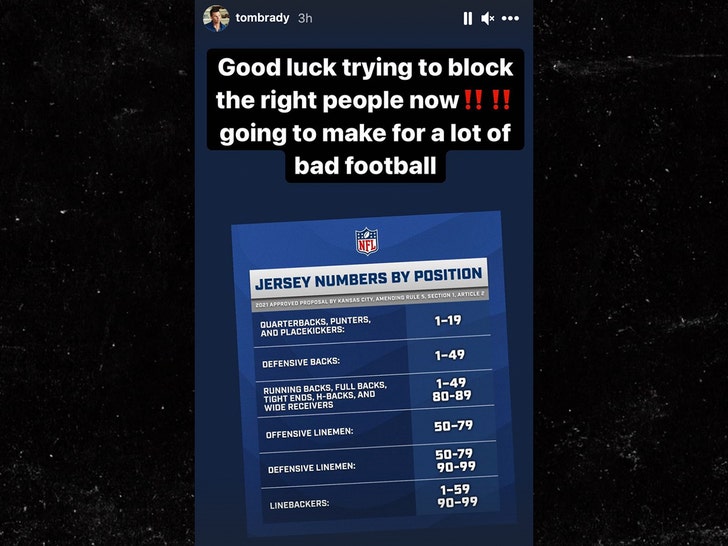 Brady’s tantrum didn’t stop there … he continued in a SECOND post, “Why not Let the lineman wear whatever they want too?” 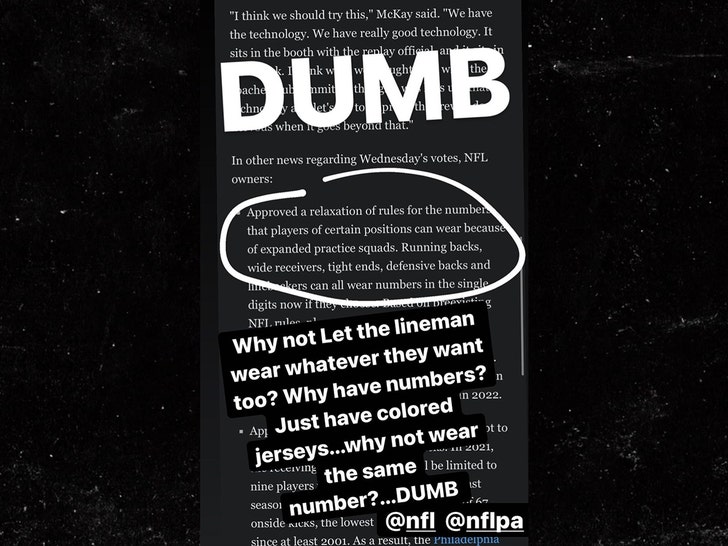 “Why have numbers? Just have colored jerseys …why not wear the same number?”

Brady finished it all off with an emphatic, all-caps line that read “DUMB.”

Look, TB12 probably has a point … it’s going to be much harder to identify who plays what position on the field — but honestly, who cares? Have you seen how swaggy some of the stars look in the new jersey numbers?!?

Indications from the ongoing meetings of NFL owners today are that they are officially approving a rule proposed by the Chiefs that loosens jersey number restrictions, including allowing RB, WR, TE, LB and DB to wear single digit uniforms.