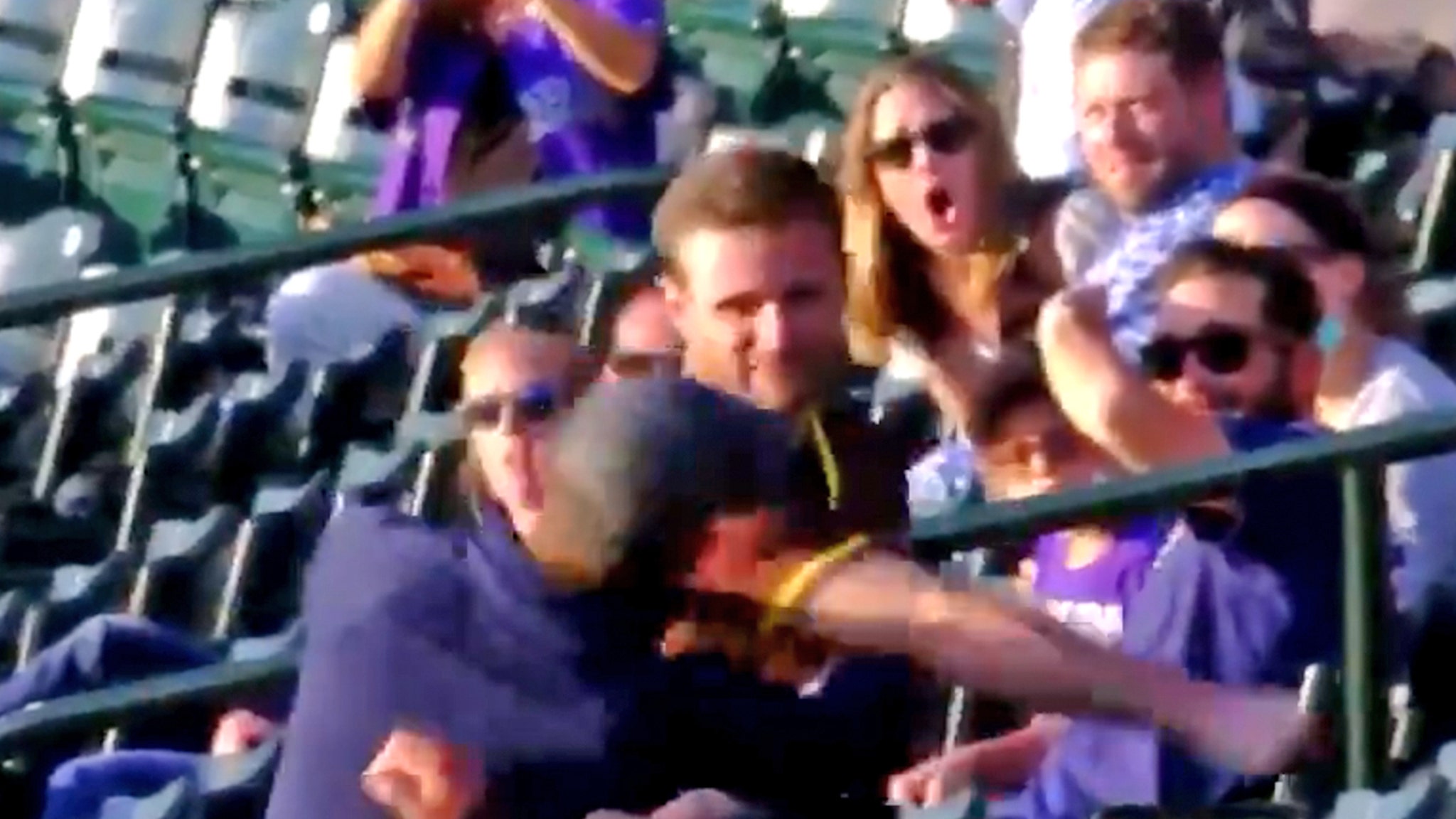 A Padres fan looked more like Canelo Alvarez in the stands at Coors Field on Wednesday night … dropping a Rockies supporter with a VICIOUS haymaker — and the whole incident was caught on video.

The violent act all went down in the 6th inning of Colorado’s second game of a doubleheader against San Diego … when for some reason, a man in a Padres jersey attacked another fan.

You can see in the footage — captured during what appears to be the Rockies’ broadcast of the game — the guy walked up to the other man and launched a huge, right hand.

The clip shows the punch landed flush … and the guy appeared to be out cold on his feet — flopping over and falling to the ground.

Other fans in the area rushed to the puncher to restrain him … and cops eventually arrived on the scene.

A spokesperson for the Denver Police Dept., though, tells TMZ Sports no arrests were made … explaining, “The person who threw the first punch, was contacted by police. However, the person struck did not want to press charges.”

The game went on despite the action in the stands … with the Rockies winning in walk-off fashion, 3-2, in extra innings.