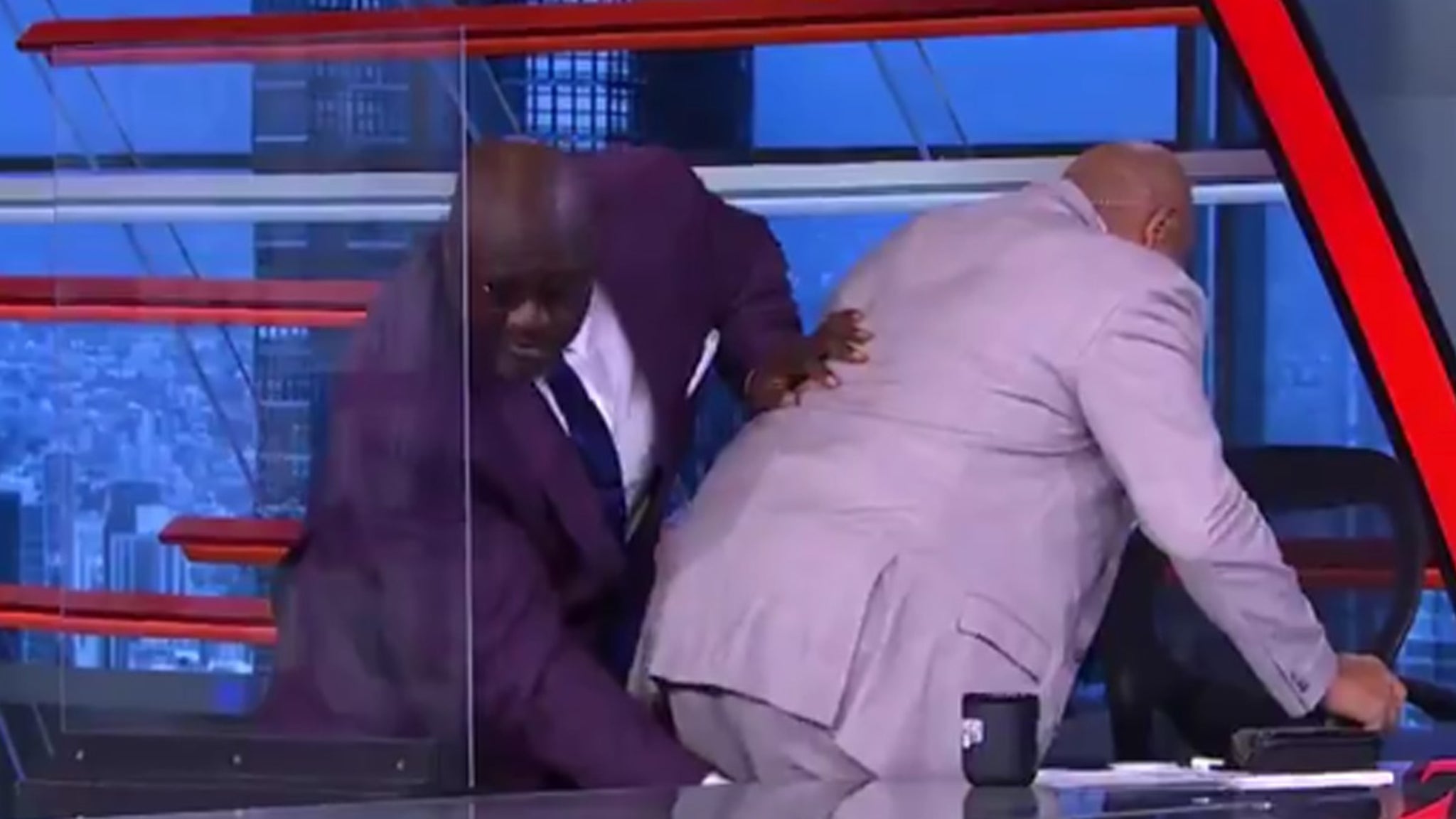 Hilarious moment during “NBA on TNT” on Thursday night when Charles Barkley cramped up during the show … and it was SHAQ TO THE RESCUE!

58-year-old Barkley says his hamstrings were going haywire — so he got out of his chair to stretch ’em out on the set.

Shaq took notice and decided he wasn’t gonna sit and watch — he wanted to help!

Dr. O’Neal came to the rescue after Chuck cramped up 🤣 pic.twitter.com/BmEw7aLd0d

So, he bent down and put his massive hands right under Chuck’s booty, helping to massage out the cramps while the rest of the crew looked on!!

Ernie Johnson was CRACKING UP — as Shaq went to work on Chuck’s hammies … getting real up close and personal with his longtime pal.

“Take me to dinner before you go under there,” Chuck remarked … “I need a cigarette!”

After the sesh, Shaq explained, “I’m just trying to help my teammate!”