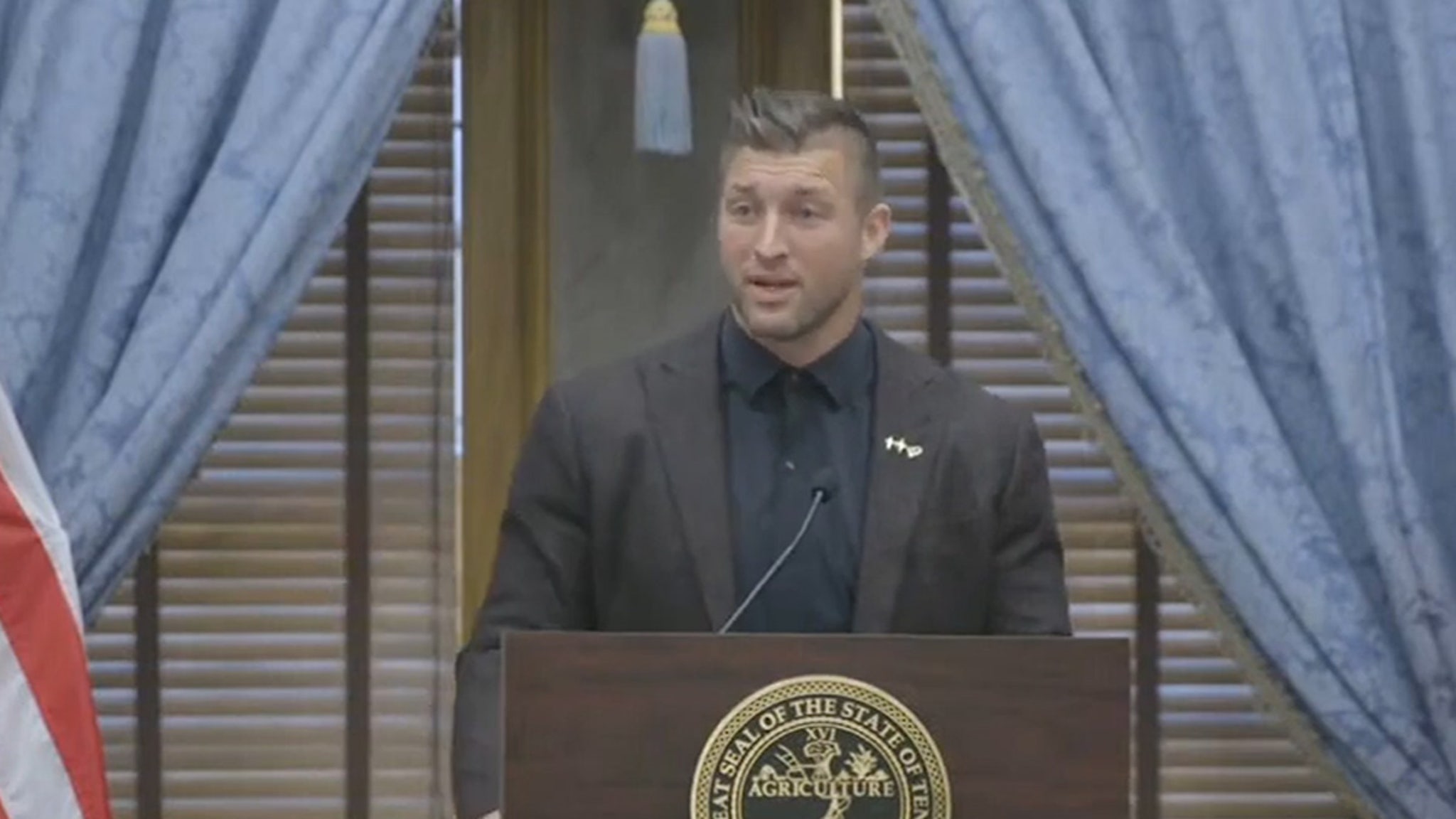 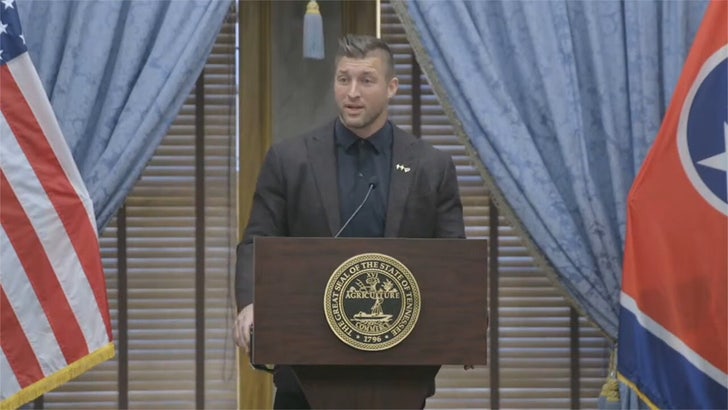 Forget the NFL controversy … ya gotta watch this video of Tim Tebow giving an impassioned speech about fighting human trafficking.

Tebow has partnered up with the State of Tennessee to fight human trafficking within its borders while supporting victims who have been rescued.

Gov. Bill Lee announced the state would provide $5 million in funding to various anti-human trafficking organizations … which includes a $1.2 million pledge to Her Song, which is a ministry of the Tim Tebow Foundation.

At its core, human trafficking is an attack on the dignity of every human being & together we can end it. Grateful for our partners that are at the forefront of this important fight @EndSlaveryTN, @thistlefarms, @tnantislavery, @TimTebow & @tebowfoundation https://t.co/QnVQXTWdwp pic.twitter.com/nis6oTjDcm

During Thursday’s news conference, Tim credited country music superstar Luke Bryan for connecting Tebow with the governor so they could work together on fighting the issue.

But, the most compelling part of Tim’s speech was when he explained why he became so passionate about fighting human trafficking, stemming from a real-life incident when he was a teenager.

“My dad was in a remote country, preaching at an underground pastor’s conference,” Tebow explained … “And, where he was, there were 4 girls, not too far away, that were being sold. He took out all the money in his wallet which was $1,200 and he purchased them to rescue them because he knew whoever else was gonna buy them was not gonna do something good.”

Tim says he’s inspired by his father — who hid the girls in a church until he could get them to safety.

Now, he feels compelled to fight for others who need help.

“Right now, there are only enough safe beds to serve 10% of trafficking victims here in the U.S. — we can no longer let this be the case,” Tebow explained … “Not on our watch.”

“My foundation and I are committed to increasing holistic survivor care across the country and around the world through our ministry, Her Song, and look forward to serving alongside the great State of Tennessee to continue pushing back this darkness.”

Good on you, Tim.