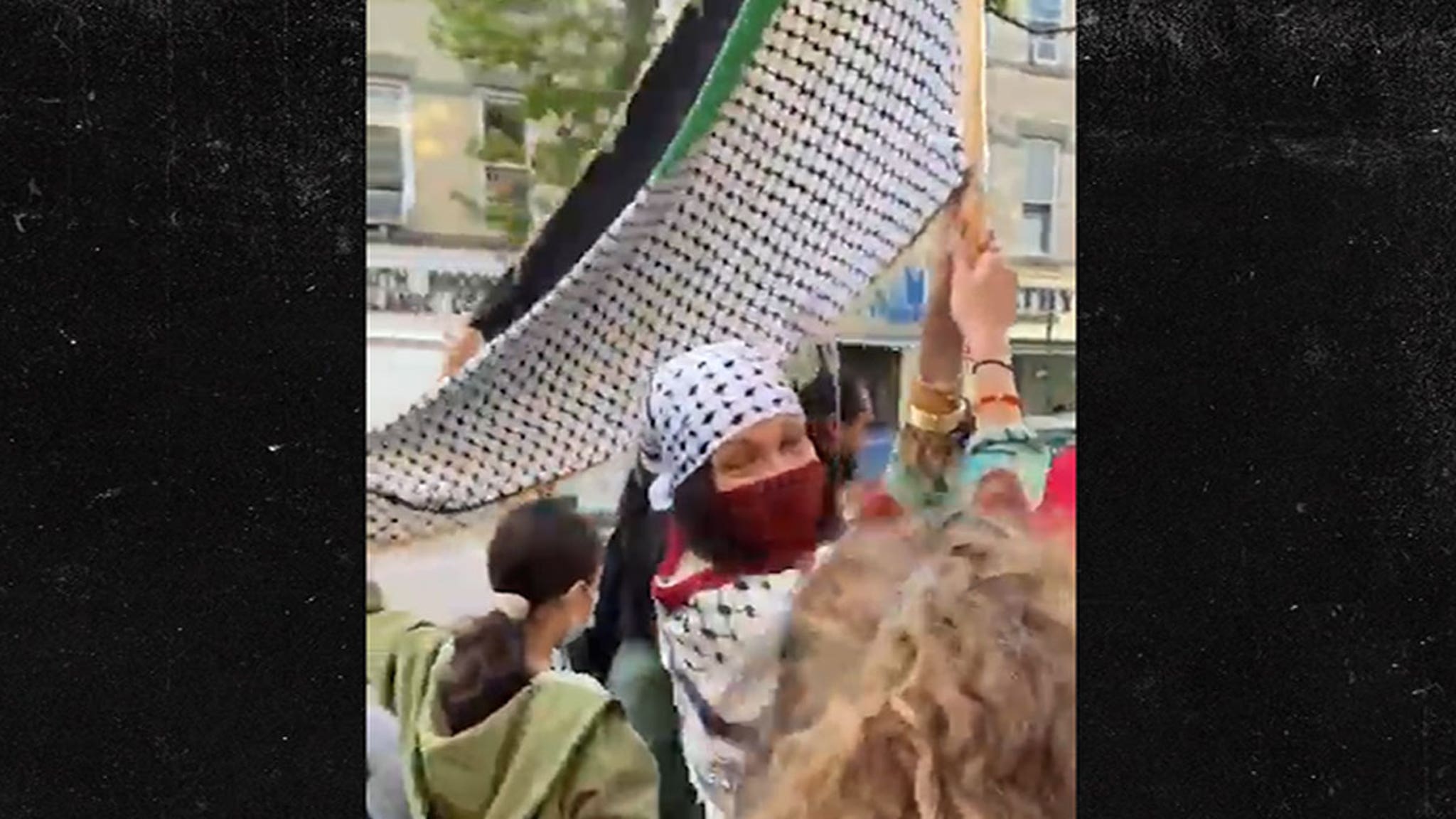 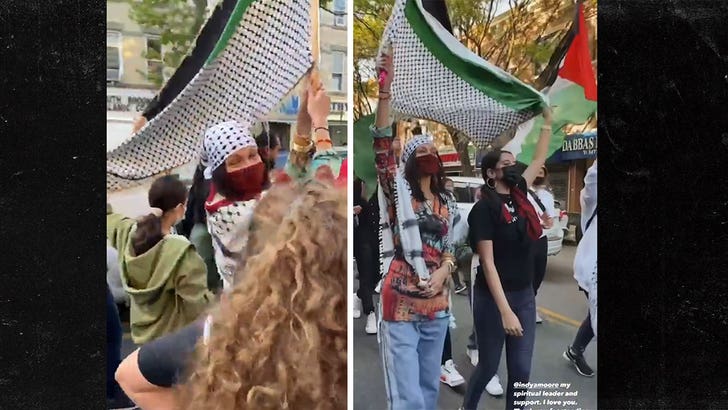 Bella Hadid took to the streets over the conflict in the Middle East, marching in support of the Palestinians.

The march, in Bay Ridge, Brooklyn, drew thousands of people who showed their support. Bella, whose father Mohamed Hadid is from Palestine, wore a Keffiyeh, a traditional dress, as she waved a Palestinian flag.

The march fell on Nakba Day, marking the 1948 conflict which resulted in Israel declaring its independence and many Palestinians being displaced.

Both Bella and her sister, Gigi, have been active in speaking out about the conflict between Israel and Palestine.

Bella posted photos of the march, saying, “The way my heart feels.. To be around this many beautiful, smart, respectful, loving , kind and generous Palestinians all in one place… it feels whole ! We are a rare breed!!”

The conflict has been intensifying on both sides… Israel says 10 of its citizens have died and Palestinians say 139 people have been killed in the conflict.