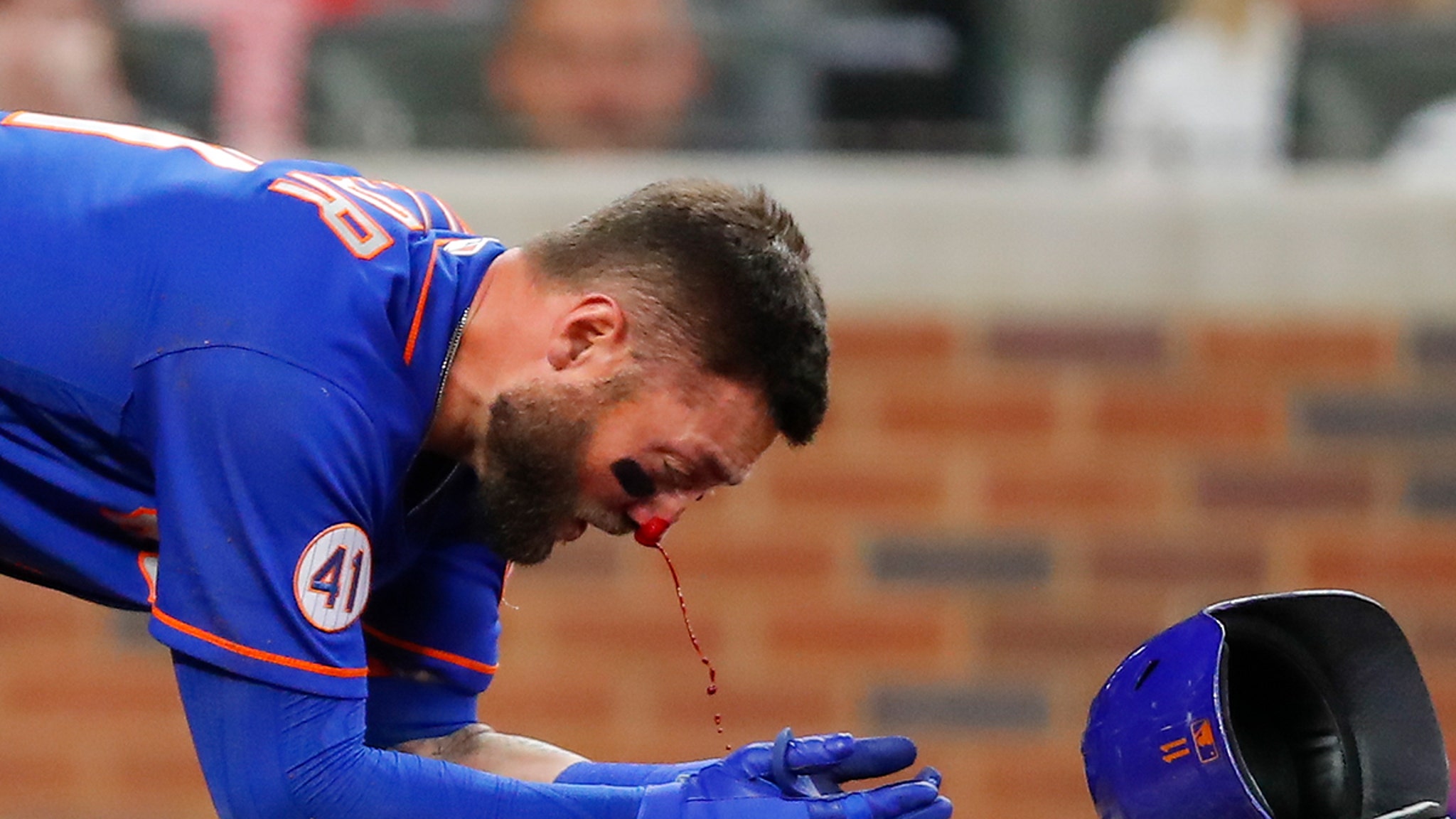 Horrifying moment in the Mets vs. Braves game Monday night … NY outfielder Kevin Pillar was drilled in the face by a 94-MPH pitch, and he was immediately raced to the hospital.

The Mets star was at the plate for an at-bat in the 7th inning … when Atlanta pitcher Jacob Webb unleashed a fastball that made a beeline straight for his eye socket.

Kevin, a 32-year-old who’s known as one of the toughest dudes in the MLB, couldn’t duck out of the way … and was hit flush right in the middle of his face.

Pillar crumpled to the ground … and you can see in video and pictures, blood was pouring out of what appeared to be multiple areas of his face.

But, after several moments on the ground, Pillar was able to get up and walk off the field under his own power … though Mets manager Luis Rojas said his player required an immediate trip to the hospital for testing.

Luis Rojas with the latest update on Kevin Pillar:

Fortunately, while the specific damage done to Pillar’s face is currently unknown, it seems Pillar believes he’ll eventually be all right.

The guy tweeted after the game, “Thanks to everyone that has reached out! Scary moment but I’m doing fine! #RBI #gamewinner.”

Thanks to everyone that has reached out! Scary moment but I’m doing fine! #RBI #gamewinner 👍🏽👍🏽

Everyone on the field — from Webb to Pillar’s teammates — were all shaken up over the pitch … and even though the Mets went on to win, 3-1, the guys were visibly upset afterward.

“He gets hit by a pitch, and the last thing I’m thinking about is touching home plate,” said Mets player James McCann, who scored as a result of Pillar’s hit by pitch.

“Our thoughts and prayers are definitely with him.”