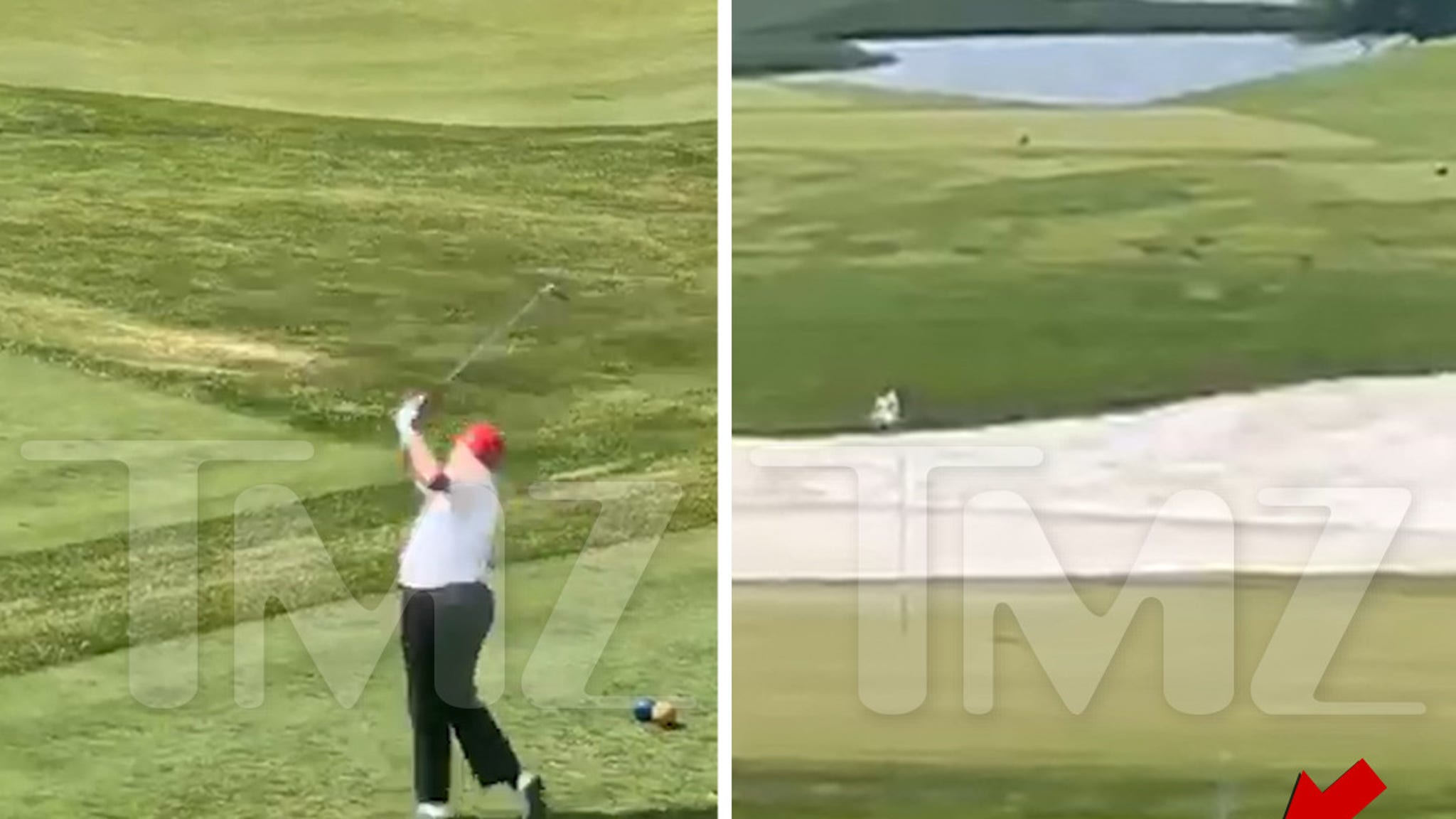 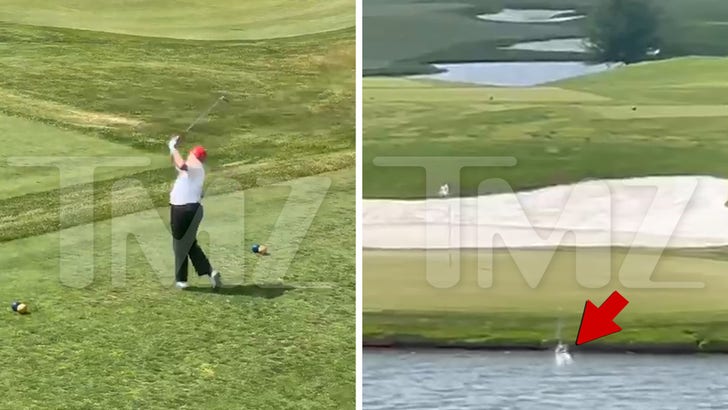 Donald Trump often rags on Joe Biden for being a frail old man, but it takes one to know one … is what you’ll probably say after watching this video of the former golfing.

45 was out at his own golf course Sunday morning in New Jersey, playing a few holes with what appears to be just his caddy … who stood by as DT tried hitting a ball over the manmade lake there and onto the green across the way. To his credit, it’s probably some 150 yards away … and, as we know, golf IS historically known as a young man’s game. 😅 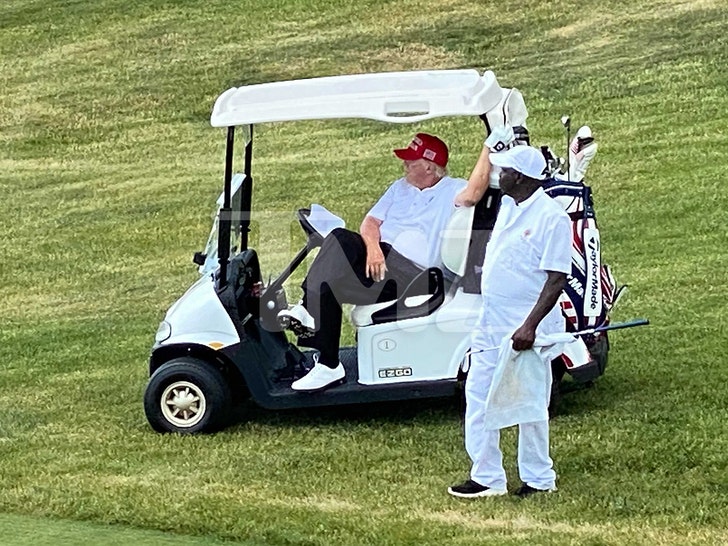 TMZ obtained video of the moment Trump teed off for the fairway shot … and it’s pretty fascinating to see. Watch for yourself — Trump takes a few half-practice swings, with some kind of weird wobbling of the club, and then finally steps up and gives it a good whack.

Well, actually, it wasn’t that good of a hit in the end … because, as you can see in the clip, the ball didn’t clear the lake. Instead, it dropped right in there … got eaten up by the water. 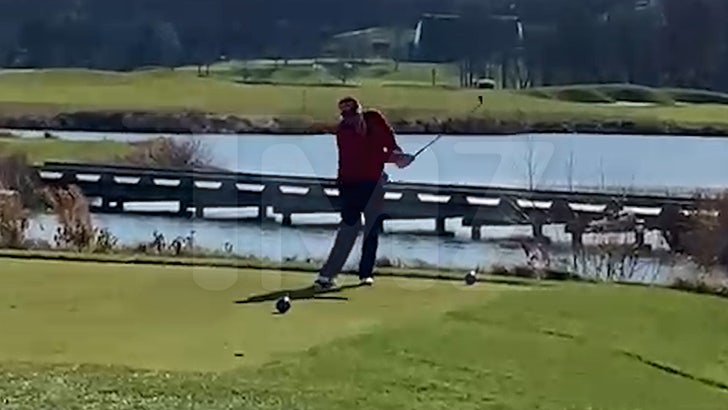 Funny enough, you can hear Trump let out a cry of frustration — but, this time, he refrained from dropping f-bombs and other obscenities … unlike the last time, when he did something very similar at his course in Virginia. Maybe someone got in his ear about etiquette.

As erratic as Trump is a lot of the time, it’s good to see he isn’t pulling a Happy Gilmore whenever he hits into H20 … and diving in to retrieve his prize. That’d be a little too much to handle.

Anyway, happy swinging out there, Don. And remember … it’s all in the hips!