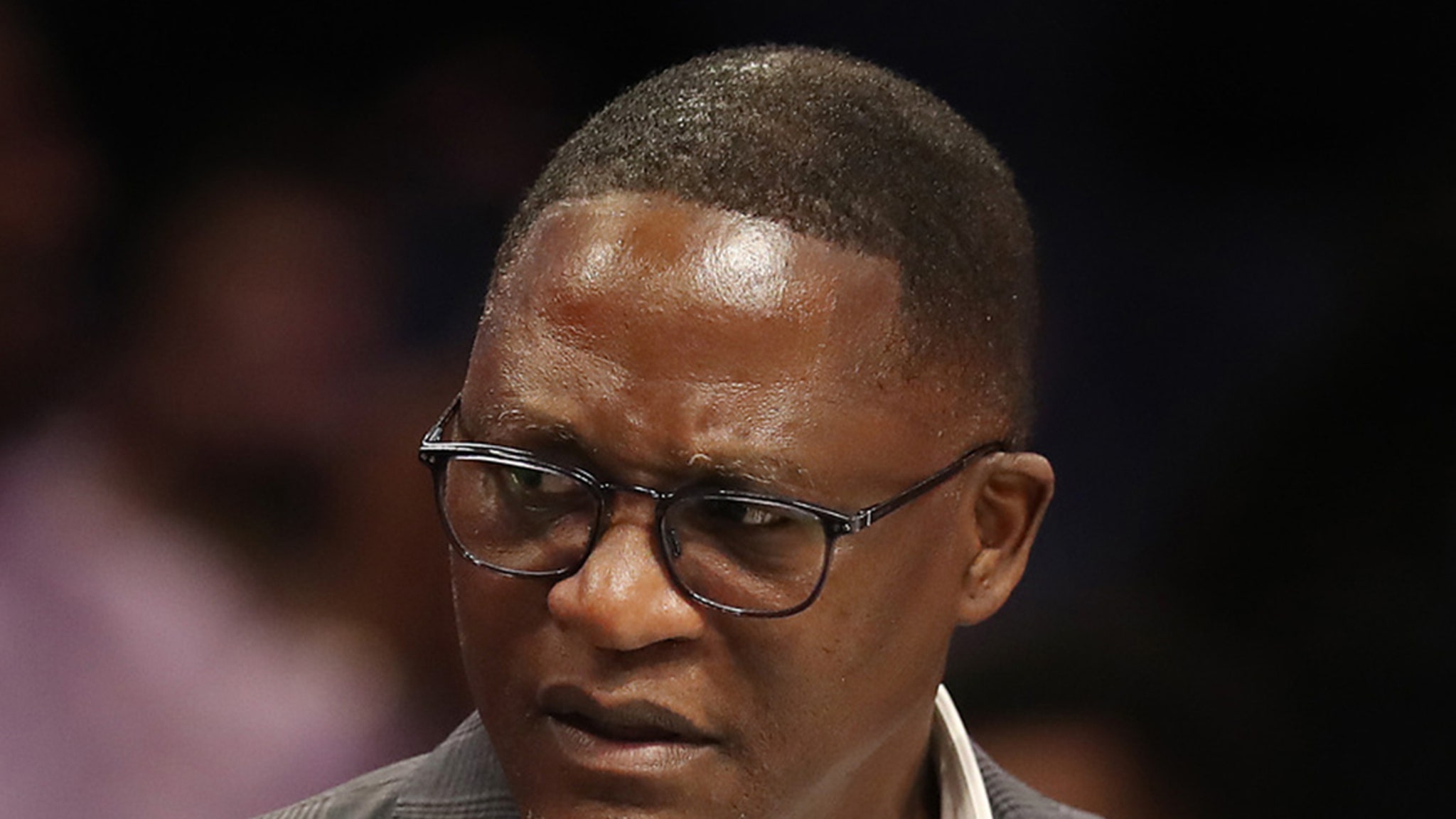 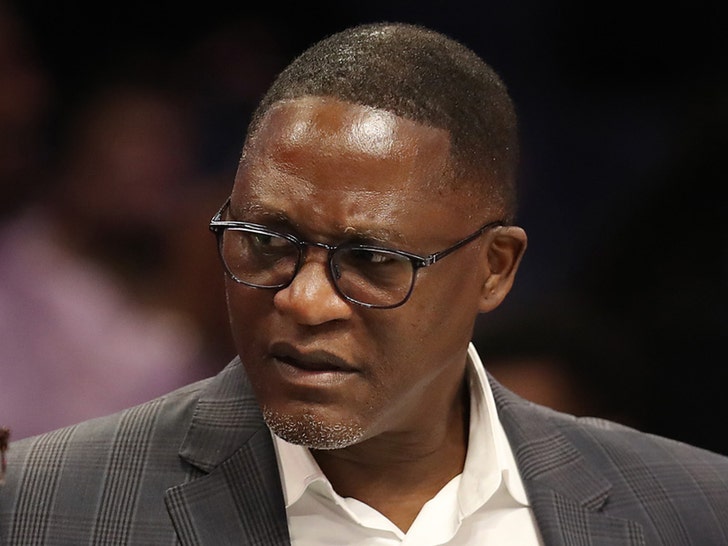 Dominique Wilkins says he was straight-up denied service at an Atlanta restaurant because of the color of his skin, but the restaurant shot back, saying it was simply enforcing a dress code that was colorblind.

The basketball Hall of Famer says he was denied service at Le Bilboquet restaurant, saying, “In my many years in the world, I’ve eaten at some of the greatest restaurants in the world, but never have I felt prejudice or been turned away because of the color of my skin, until today in #atlanta in @LeBilboquetAtl #turnedawaybecauseimblack.” 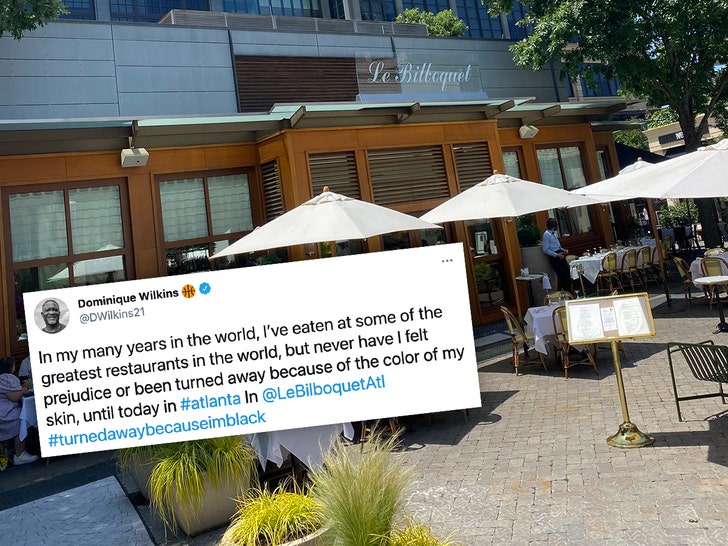 The restaurant denied it had anything to do with race, saying, “We, at Le Bilboquet, do our best to accommodate all of our guests. However, we have received consistent complaints from our patrons regarding other guest’s wardrobe choices.  As a result, to protect our restaurant’s culture, we installed a minimum standard in our ‘business casual’ attire dress code which includes jeans and sneakers but prohibits baseball caps and athletic clothing including sweat pants and tops.” 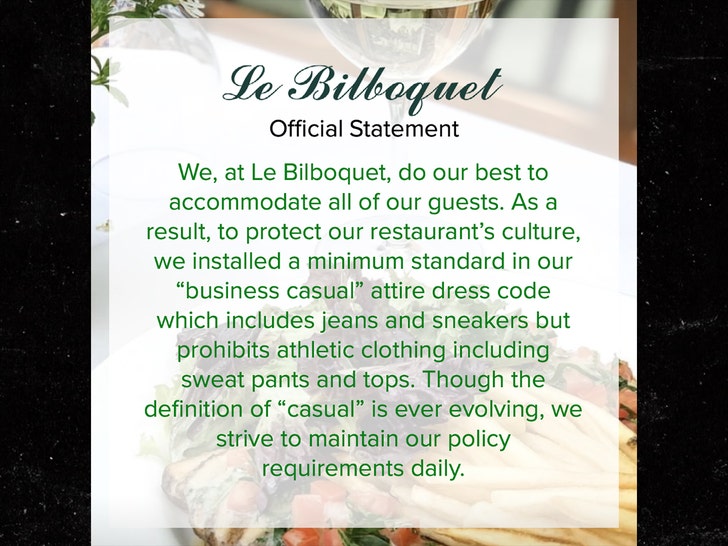 Wilkins, who played between 1982 and 1994 for the Hawks, wasn’t buying it, saying, “They looked me up and down … and to add insult, talked about how my clothes were not appropriate when I was wearing designer casual pants and a shirt.” 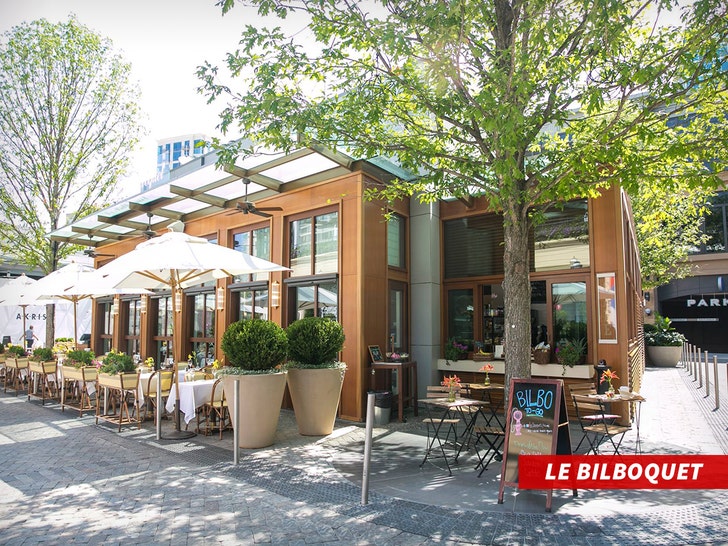 The restaurant seemed to say they’re considering a revision of the dress code … “Though the definition of ‘casual’ is ever evolving, we strive to maintain our policy requirement daily but it isn’t a perfect system.” That last part seems to suggest maybe they were too hard on Wilkins.