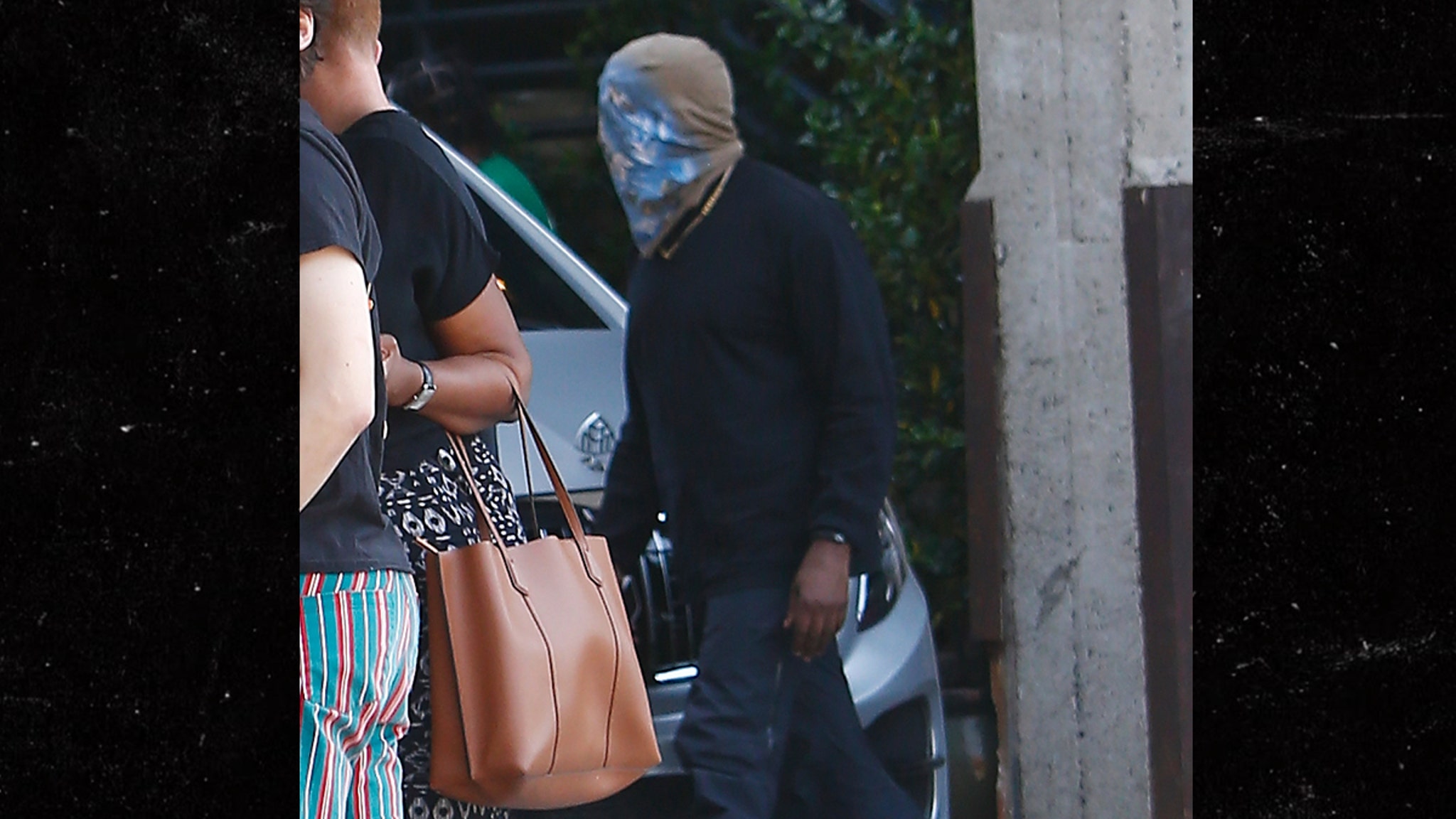 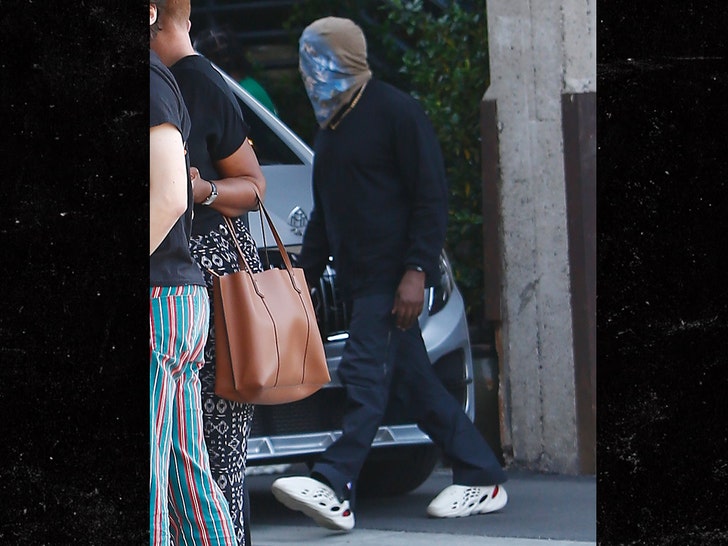 It’s a wrap for Kanye West.

Ye was spotted in L.A. — or at least parts of him — tooling around with a super snug, cloth bag around his head. A fashion statement? … for sure.  Uncomfortable? … undeniable.

Kanye hasn’t been seen much since his estranged wife, Kim Kardashian, filed for divorce. Last we heard, they were hardly speaking, but we’re told the divorce is still rolling along.

Despite the divorce filing, Kanye was wearing his wedding ring as recently as last month. He was photographed by DJ Khaled wearing the wedding band. He seemed to 86 the ring sometime in May. 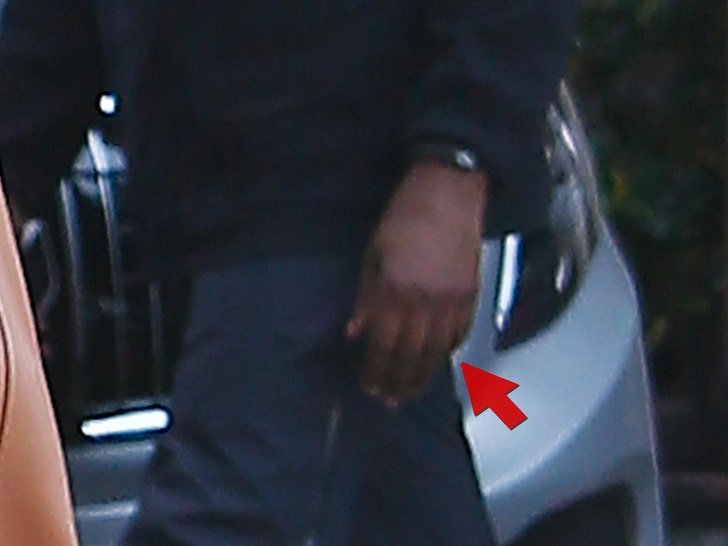 Although Kanye was in L.A., it’s unclear if he’ll bail on the city and make his Wyoming ranch home base. Complicating matters, of course, is the fact he has 4 kids who will be living in the City of Angels.