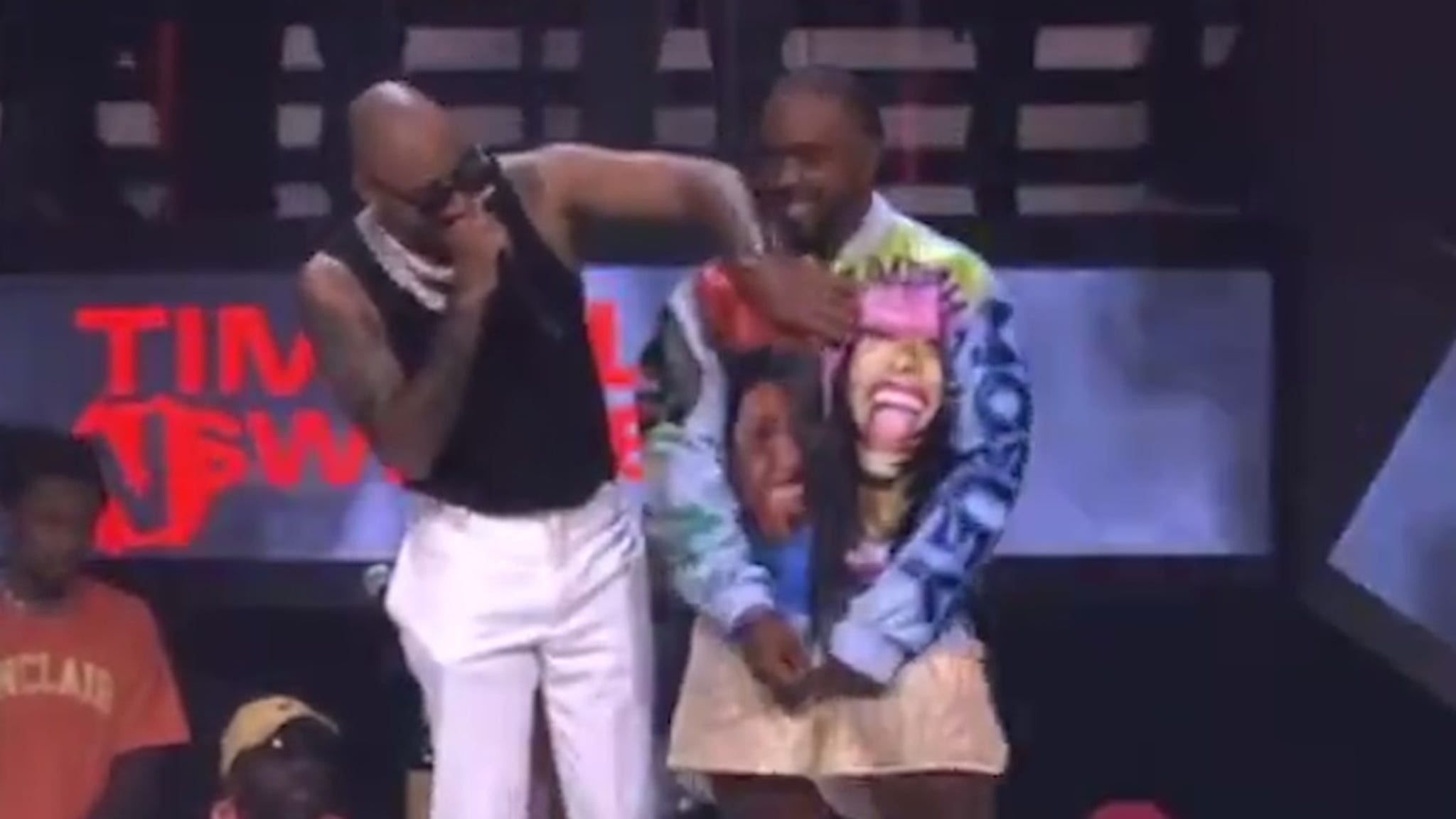 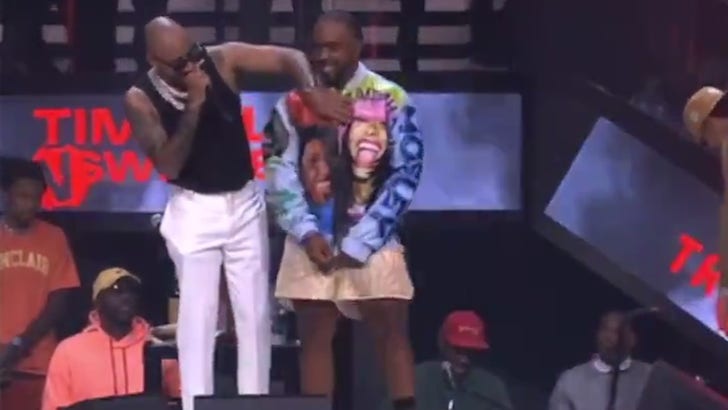 Timbaland and Swizz Beatz went head-to-head again Sunday night for a Verzuz rematch, and it did not disappoint!!!

The 2 founders of the super popular music competition squared off at Miami’s Club LIV, and they dedicated the evening to the late DMX.

DaBaby, Nas, Rick Ross, Fabolous, Busta Rhymes and many more were on hand watching the 2 rap icons do their thing. And, Missy Elliott paid her respects to Swizz and Timbaland on video. Missy was effusive … “First I want to say congratulations to you (Timbaland) and Swizz. And, thank y’all for creating Verzuz for us to relive some of the best moments in music.” She then took sides, rooting for her fellow Virginia native, Timbaland.

The music was awesome … songs that included collabs with Aaliyah, DMX, Missy, Jay-Z, Beyonce, Justin Timberlake, Nicki Minaj, J. Cole, Drake, Lil Wayne, and on and on. 20 rounds in all.

BTW … Timbaland and Swizz sold “Verzuz” to Triller earlier this year … so that had to be a nice chunk of change.

There was a real moment at the end of the battle, when Swizz handed Timbaland his Aaliyah/Missy birthday jacket.