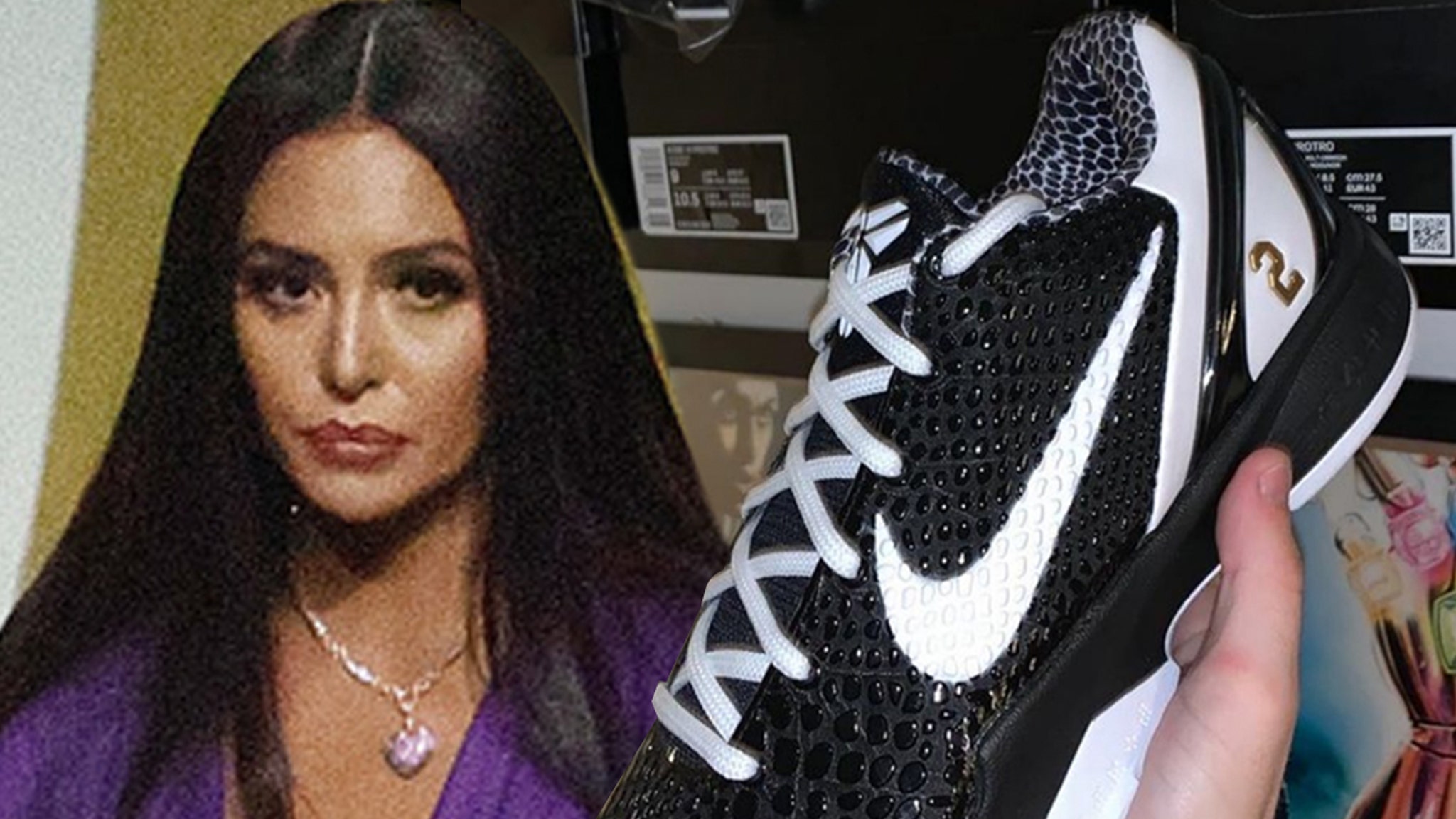 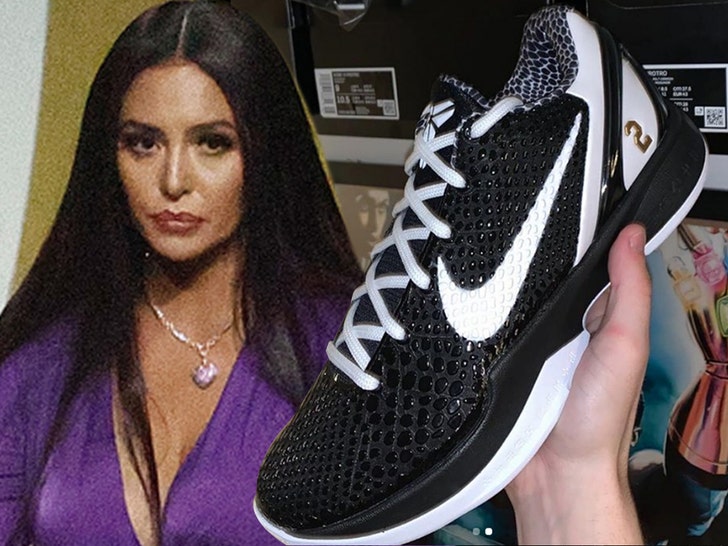 Vanessa Bryant says Nike shoes she designed to honor Kobe and Gianna have been leaked … and she’s outraged over it, claiming they should have NEVER been made.

VB explained the situation early Thursday morning … saying during recent talks with Nike, she helped create a version of the Kobe 6 Protro that was meant to honor her two loved ones who tragically died in a 2020 helicopter crash.

Vanessa says the shoes featured a black and white colorway, Gianna’s #2, and other specific marks like a butterfly, wings and a halo. 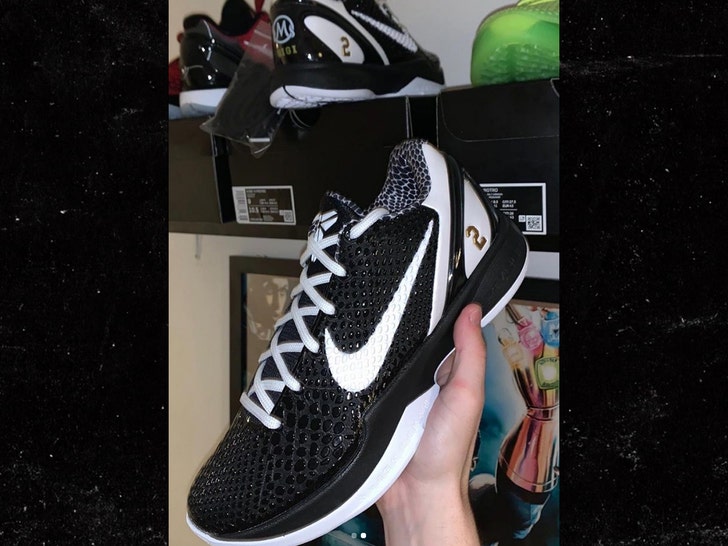 The problem? Vanessa says after her split with Nike this spring, approval for the shoes to be made was NOT given — but she claims they’ve somehow been leaked anyway.

“Nike has NOT sent any of these pairs to me and my girls,” Vanessa said in a statement.

“I do not know how someone else has their hands on shoes I designed in honor of my daughter, Gigi, and we don’t. I hope these shoes did not get sold.” 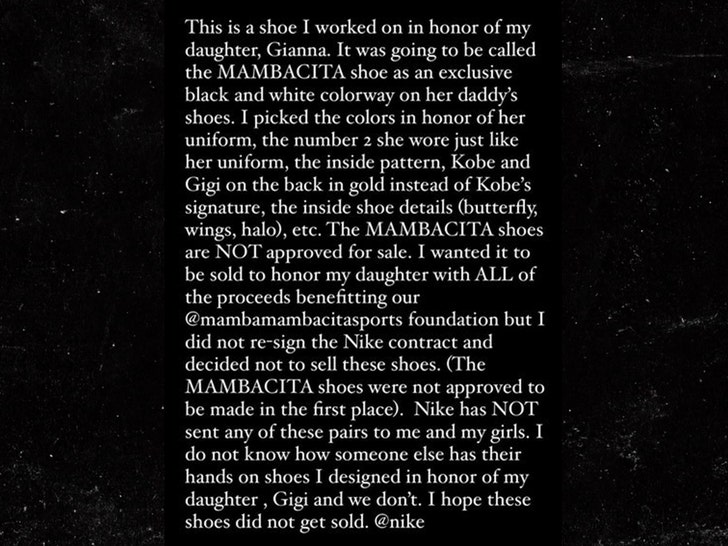 Vanessa added she wanted the shoes to be sold “to honor my daughter with ALL of the proceeds benefitting our @mambamambacitasports foundation.”

Vanessa then asked her followers to track down the shoes … writing on social media, “If someone can share how they have these shoes in their possession, that would be great because my daughters and I don’t have any of Gigi’s MAMBACITA shoes.”

An Instagram user, brandon1an, who originally posted professional photos of the “Mambacita” shoes nearly 3 weeks ago, claims Nike is the one responsible for the shoe leak.

“I just want to make it clear that I don’t own a pair of those Mambacita Kobes,” the IG user said in a statement Thursday morning.

“The pictures I posted are official product pictures from a Nike authorized retailer.”

The user continued, “Unfortunately for [Vanessa Bryant], Nike clearly sent pairs to this retailer (as well as others) with the intent of selling pairs.”

We’ve reached out to Nike to get an official comment on the situation, but so far, no word back yet.