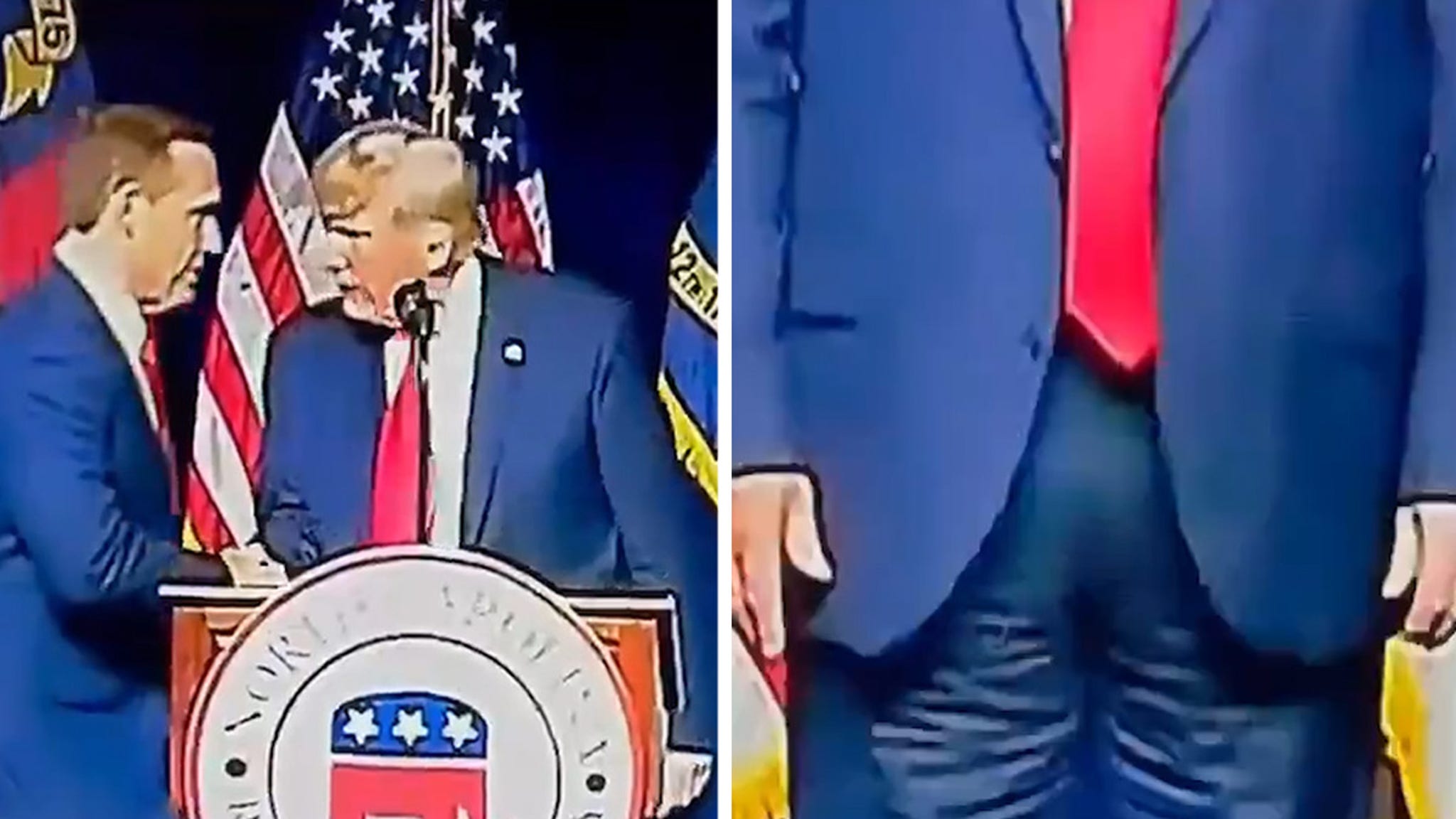 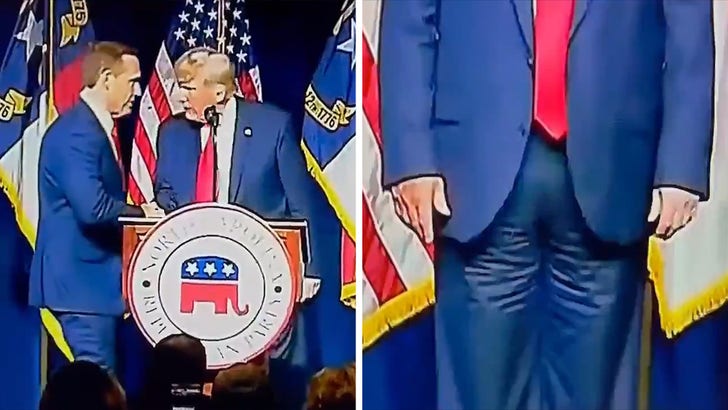 Donald Trump traveled to North Carolina for a speech to Republicans, but the headline may be in his pants!

Check out the video and pics … there isn’t any apparent zipper in the front of his suit pants, which had Twitter going insane. The question … did Trump put his pants on backwards?

No fly on Trump’s pants? I think I know where it went. pic.twitter.com/awYKdoxVFT

One meme was captioned, “No fly on Trump’s pants? I think I know where it went.”  The pic is the fly that landed on Mike Pence‘s noggin during the Vice Presidential debate.

As for the speech, Trump zeroed in on China again, this in the wake of reports COVID may have originated in a lab and not a wet market. He said China should pay reparations to the world. He defended Putin. He asked for credit for the vaccine. He groused forever about what he falsely claims is election fraud, asserting for the thousandth time he won the 2020 election.