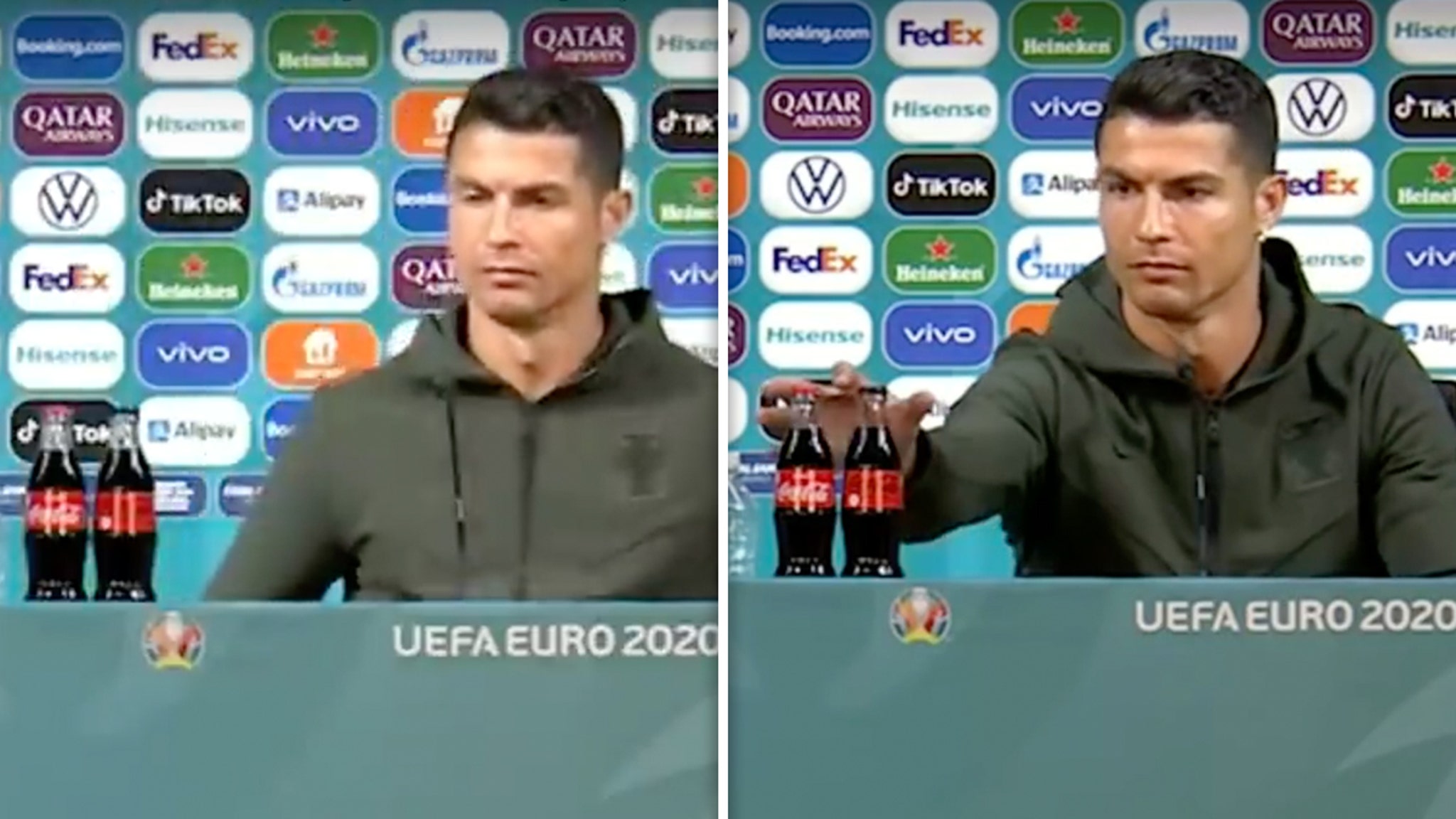 Cristiano Ronaldo HATES processed drinks so much, he removed Coke bottles from his podium Monday … all while imploring people to drink water instead.

Ronaldo’s rejection of the sweet stuff went down just before a meeting with the media ahead of Portugal’s UEFA Euro 2020 game with Hungary … and the whole thing was caught on video.

You can see in the footage, just before reporters fired questions at the soccer star, he noticed Cokes placed in front of him (Coke is a sponsor of Euro 2020) and immediately gave them a look of disdain.

But, rather than just keeping the products there like tournament officials no doubt wanted — Ronaldo straight-up grabbed the bottles and moved them out of his sight.

He then held up a bottle of water, screamed, “agua!” … and then appeared to mumble something about the sodas.

Of course, Ronaldo’s famous for his perfect body — one that was built off of eating healthy and limiting processed foods … and it’s clear, the guy takes that all VERY seriously.

In fact, Ronaldo’s been on record saying he absolutely HATES when his son drinks Cokes and eats fries!!

‘Cause, after all, abs (and apparently great soccer players too) are made in the kitchen.