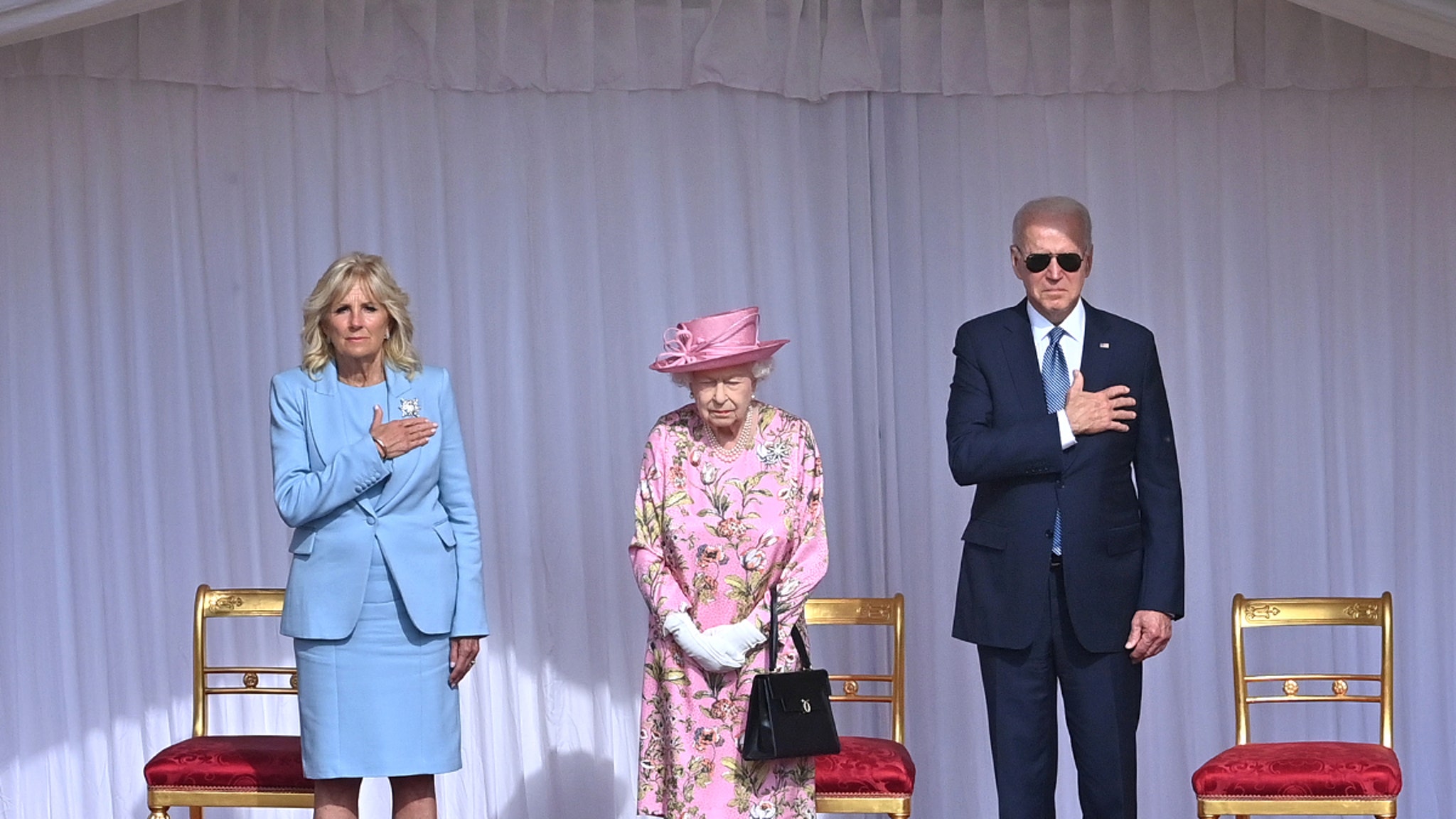 President Biden and the First Lady met with the Queen of the U.K. this weekend to break bread and throw back some high-quality H20 — and by that … we mean tea and biscuits.

Joe and Jill swung by Windsor Castle Sunday for a late afternoon powwow with Queen Elizabeth II — who was ready and waiting for them with her entire Guard of Honour standing by as well … dressed in their red coats, and tall hats and standing as straight as ever.

A Guard of Honor formed, as The Queen’s Company First Battalion welcomed them with a royal salute and the U.S. National Anthem was played pic.twitter.com/N5wIJW1ELn

When the mister and missus pulled up … they got out greeted QE2 on a platform she was chillin’ on — and then remained upright as the crew there started playing “The Star-Spangled Banner,” to which the Bidens saluted with hand over heart salutes. Liz didn’t do it, though.

Anyway, after the American National Anthem was played — Joe undertook what’s considered tradition when world leaders pay a visit … and that would be inspecting the troops. He did a lap and then circled back with Jill and the Queen, proceeding to go inside for tea time.

One last thing we should note here … Joe remembered to do something that his predecessor infamously forgot to do, and that would be — do NOT get ahead of the Her Majesty. Literally.

You might recall … when Trump went for a little face time with the woman herself back in 2018 — doing much of what Biden’s doing today — he pulled a major snafu and walked in FRONT of the Queen at one point, which is a major no-no — and seen as poor etiquette. 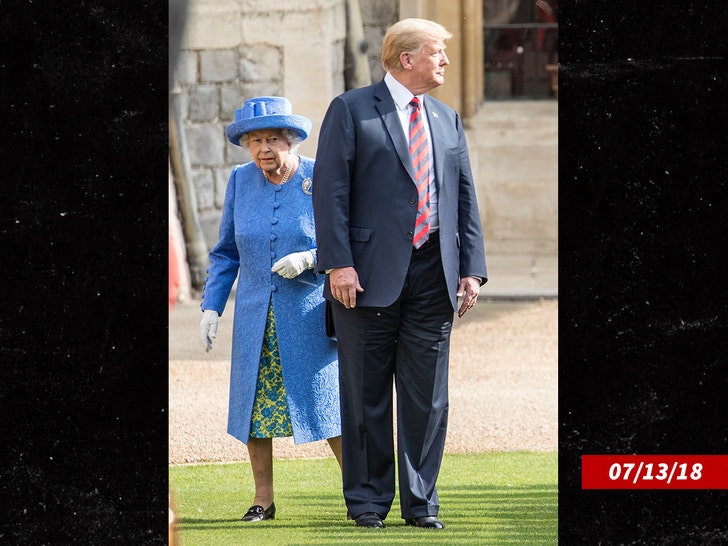 Watch the clip toward the end when they start making their way in … JB minded his manners here, and let Liz take the lead, no matter how long it took.

Ah, diplomatic relations … on the mend once again.