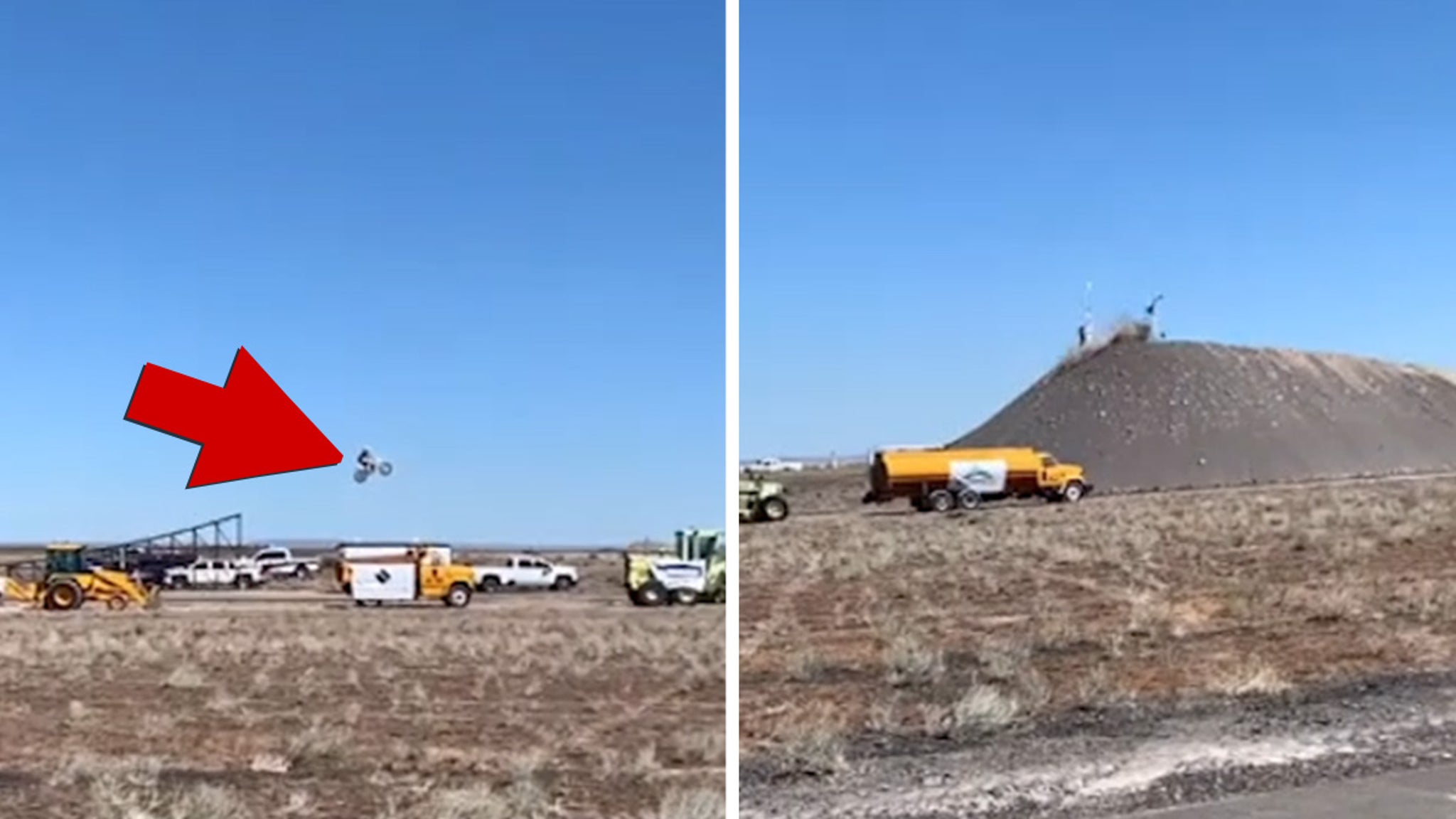 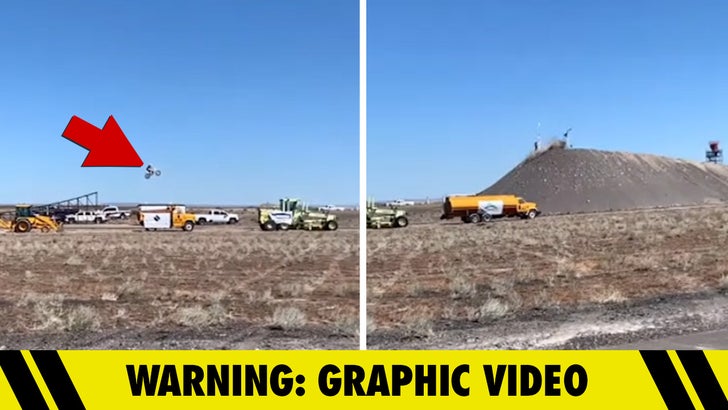 The scene was absolutely horrifying … Harvill was trying to launch his bike off a ramp 351 feet at the Moses Lake Airshow in Washington — when he came up short and crash-landed into a dirt mound.

Harvill was thrown over his handlebars, and tumbled dozens of feet before he finally came to a stop.

According to the Grant County Sheriff’s Office, Harvill later died from the injuries he suffered during the accident.

The Sheriff’s office added Harvill’s family has been notified … and said an autopsy will be conducted on Friday to determine the cause and manner of his death.

“Our deepest sympathies go out to Alex’s family, friends and loved ones,” the Sheriff’s office said.

The Airshow, meanwhile, had vowed to donate all of the proceeds from Harvill’s jump Thursday to help pay his medical bills.

Harvill — who just welcomed his second baby into the world last month — was a very experienced stuntman … he had previously set a world record in 2013 when he jumped from one dirt ramp to another 297 feet away.