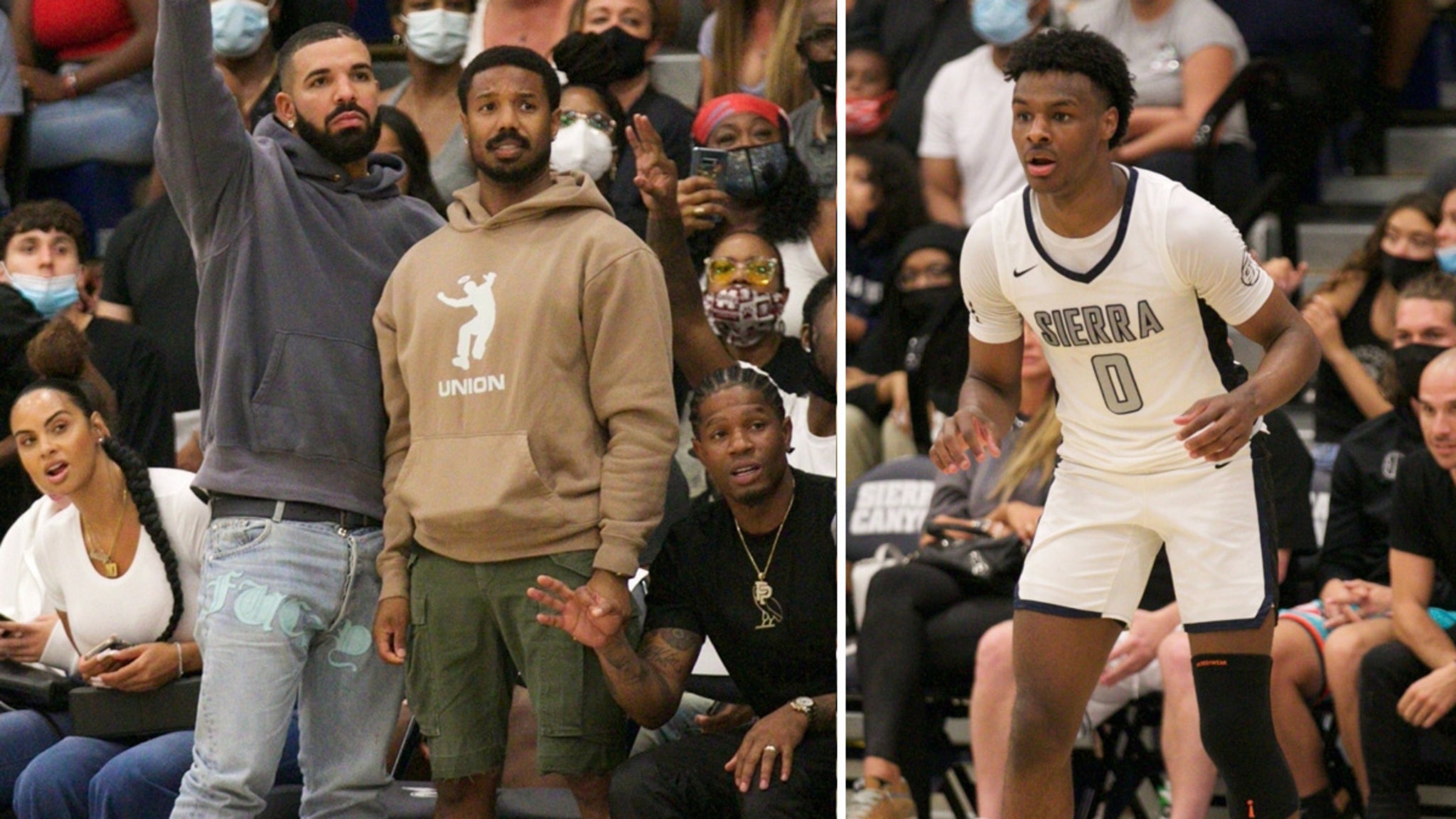 Ever since the Los Angeles Lakers got eliminated from the playoffs, the hottest ticket in town has been to see the Sierra Canyon Trailblazers play ball.

Drake and Michael B. Jordan pulled up to a Sierra Canyon game 🔥 @brhoops pic.twitter.com/SYK8S2tx44

They might as well have been watching the Lakers in the Finals though, as they were really getting into the action from their courtside seats … cheering on Bronny and Sierra Canyon’s other star — UCLA commit, Amari Bailey.

At one point in the first half, Drake was seen giving Bailey a pep talk, and it must have worked, because he did his best to keep the Trailblazers in it, leading the team with 37 points.

I mean… is this what your high school basketball games looked like? @Drake, @michaelb4jordan and plays like this… doesn’t get much better 🏀✨ pic.twitter.com/ZsmuyKgZ6u

Bronny didn’t score much other than a late three, but it wasn’t enough in the end — Sierra Canyon got beat 82-76 and lost out on a place in the regional final to end their season.

Of course, this wasn’t the first Bronny game to draw a star-studded crowd. Just last week … his famous father attended and brought along some past teammates — J.R. Smith and Jared Dudley. Drake was there for that one too.

LeBron, Drake, JR Smith and Jared Dudley all showed up to Sierra Canyon to watch Bronny 👀

That game was Bronny’s first of the season after missing most of it because of a torn meniscus he suffered in February. It was also a loss, so it’s worth noting … Sierra Canyon was 0-2 this season when Drake was in attendance. Hmm … maybe the curse is back.

LeBron’s son is just a sophomore — a 4-star recruit in the Class of 2023 — so expect plenty more high-profile games next season.