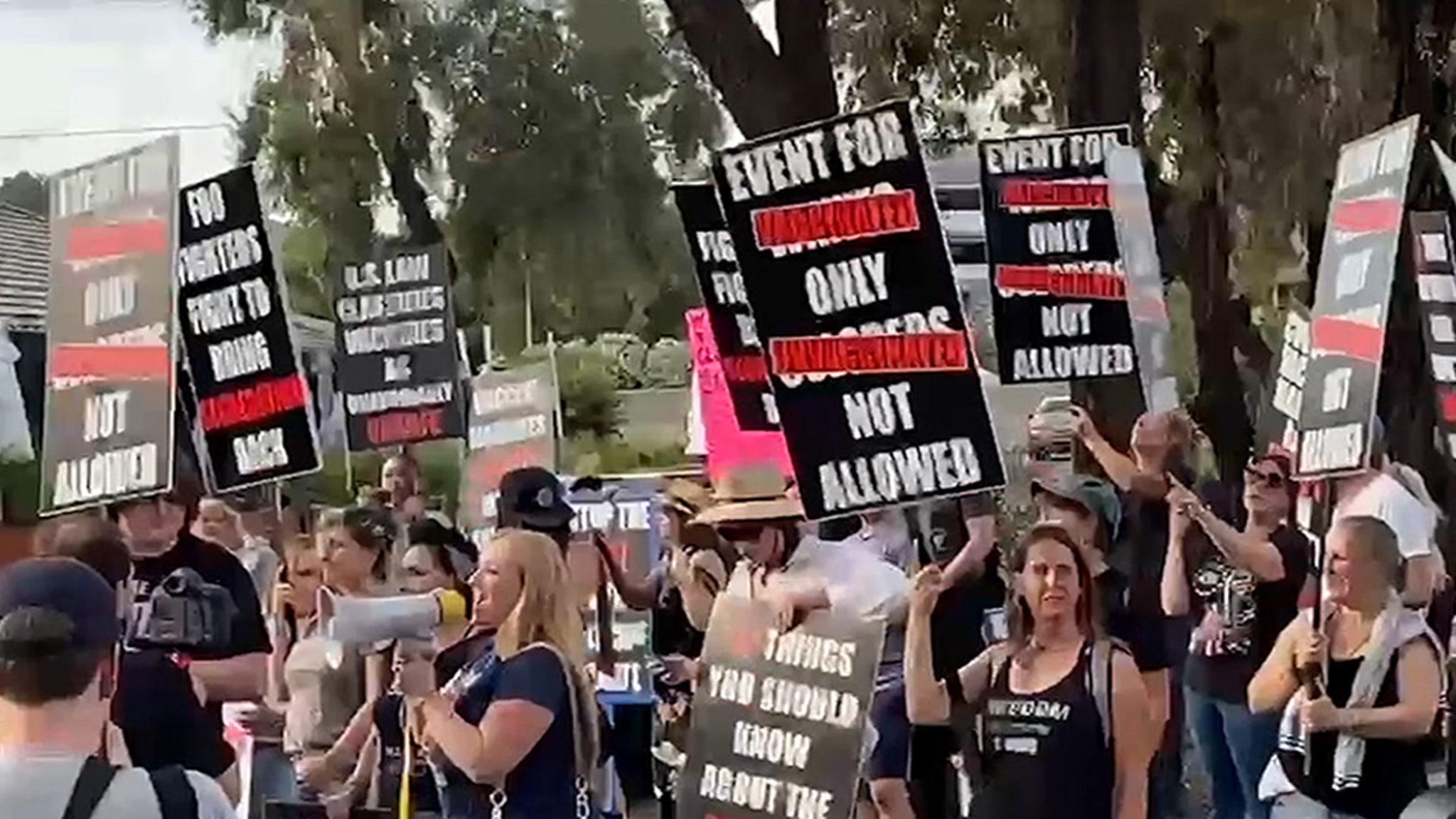 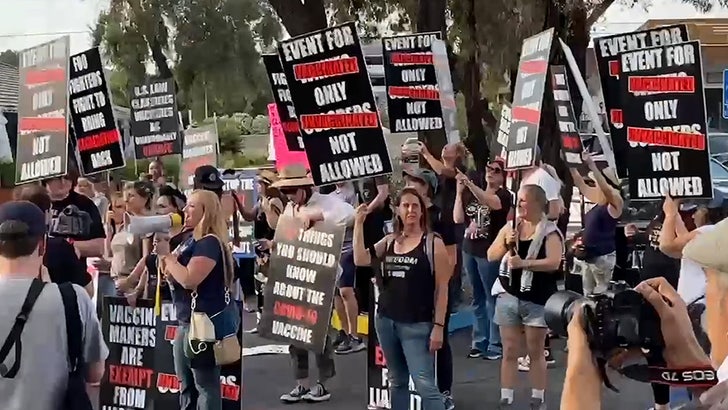 A Foo Fighters concert was swarming with more than just fans, with a protest against the show’s vaccine rules raging on outside the venue while the band raged on inside.

Anti-vaxxers showed up Tuesday night to the Canyon Club in the San Fernando Valley where they protested the Foo Fighters requiring vaccine proof in order to attend their show.

Several dozen protesters showed up, carrying signs that read “Foo Fighters fight to bring segregation back” as well as “event for vaccinated only, unvaccinated not allowed.” Ricky Schroder — who helped the Kenosha shooter post bail — was also there, he’s been very public in his stance against vaccines.

One protester reportedly said, “And what they’re doing is saying only vax people, separating humans is not OK. Those of us who have healthy immune systems should be able to enjoy these freedoms just like everybody else.”

Concertgoers were not thrilled to see the protesters. One person took to Twitter and said, “Some real low-quality humans at the @foofighters show in agoura hills CA tonight.” Someone else wrote, “This is what happens when you just want to attend a @foofighters concert at a small local concert hall and the next thing out know you’re a ‘Vaccine Segregationist.'”

The concert — considered to be California’s first full-capacity show since the lockdown — went on without a hitch … FF played some of their biggest hits in the 20+ song set.

BTW … the Canyon Club venue only holds 600 people. And it was only a warmup for their big show Sunday at Madison Square Garden at full capacity… but only if you prove you’re vaccinated.