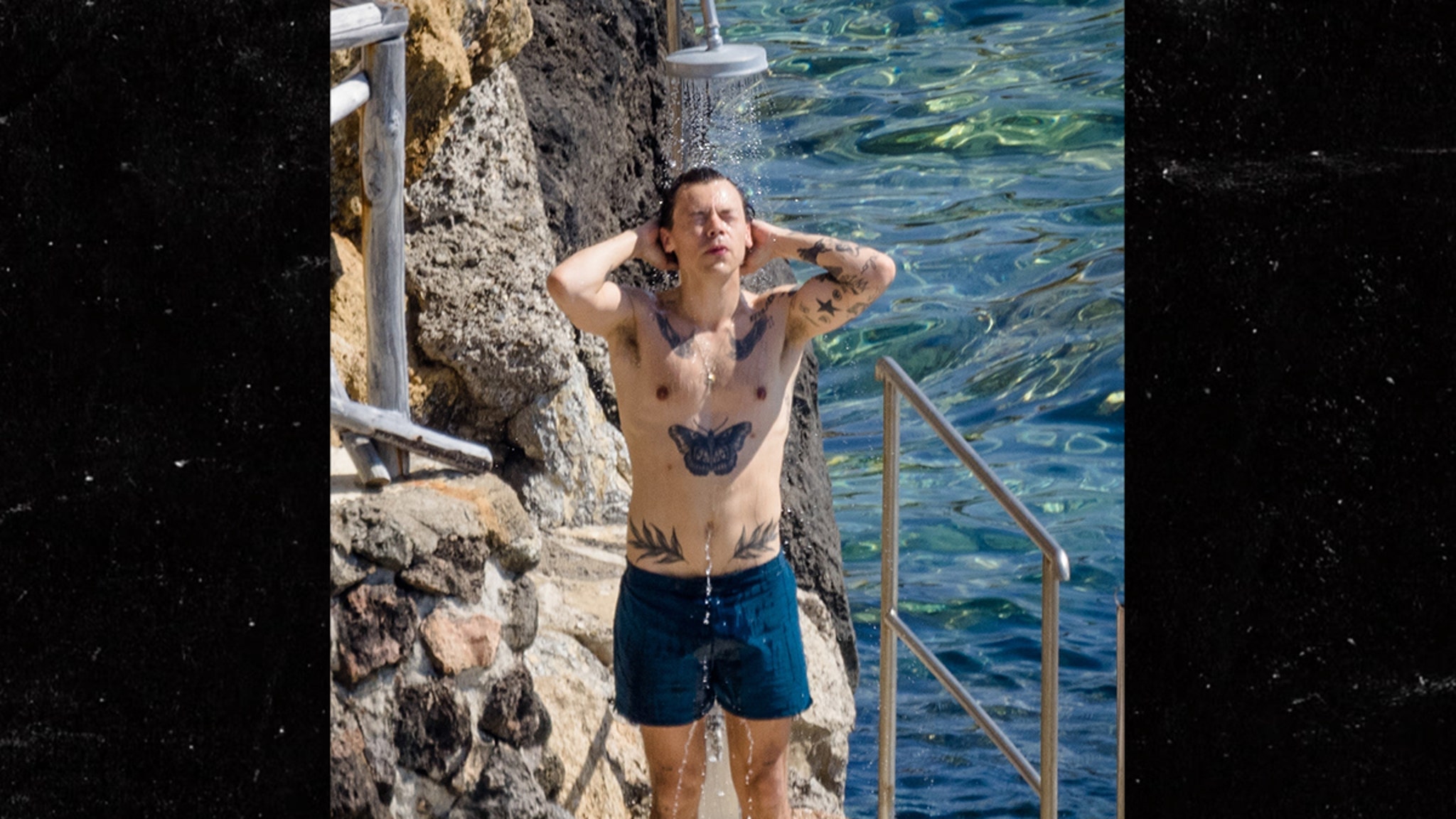 Even in swim trunks, Harry Styles looks fly … it’s written all over him.

The former “One Direction” singer couldn’t look more relaxed Friday while enjoying a shower right next to the beach in the Tuscany town of Porto Ercole. That name, btw, means Port Hercules — appropriate for Harry’s physique. 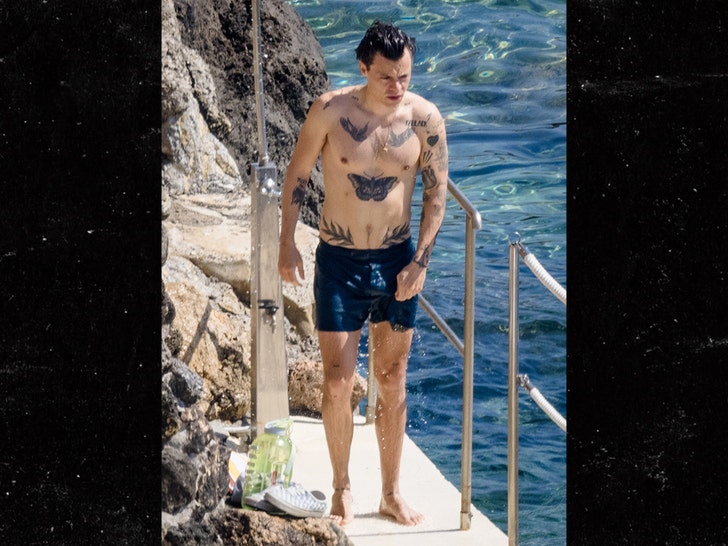 He was flaunting his heavily inked bod, too! He’s got about 60 tattoos … which he had to cover for his first starring role in the film “Don’t Worry Darling.”

He definitely earned some R&R after wrapping his movie “My Policeman” in Venice earlier this week. The Amazon project had him filming all over England … including in London, where he donned an old school London police uniform. 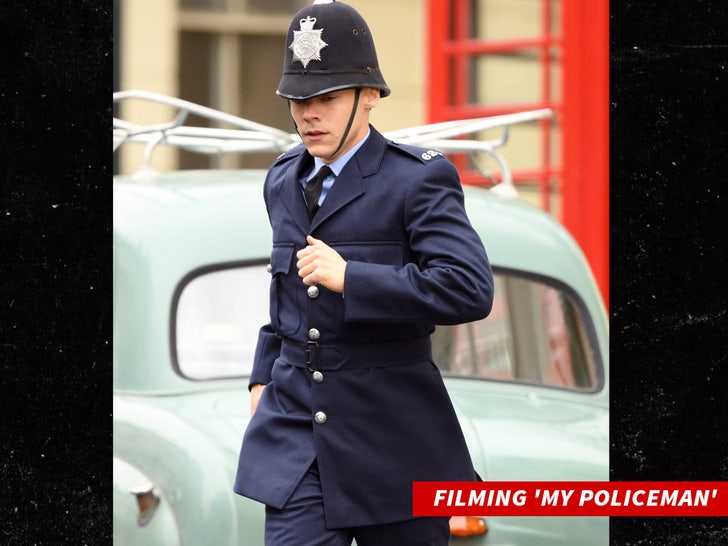 He’s the lead in a film that’s an adaption of the 2012 novel by Bethan Roberts.

Harry plays a policeman named Tom, who is involved in a love triangle between school teacher Marion (played by “The Crown” star Emma Corrin) and a museum curator Patrick (played by English actor David Dawson).

The novel’s set in the 1950s when homophobia was rampant … forcing Tom to marry Marion, who then secretly shares him with Patrick. The plan eventually falls apart.

No release date yet, so for now … enjoy Harry’s body at rest.