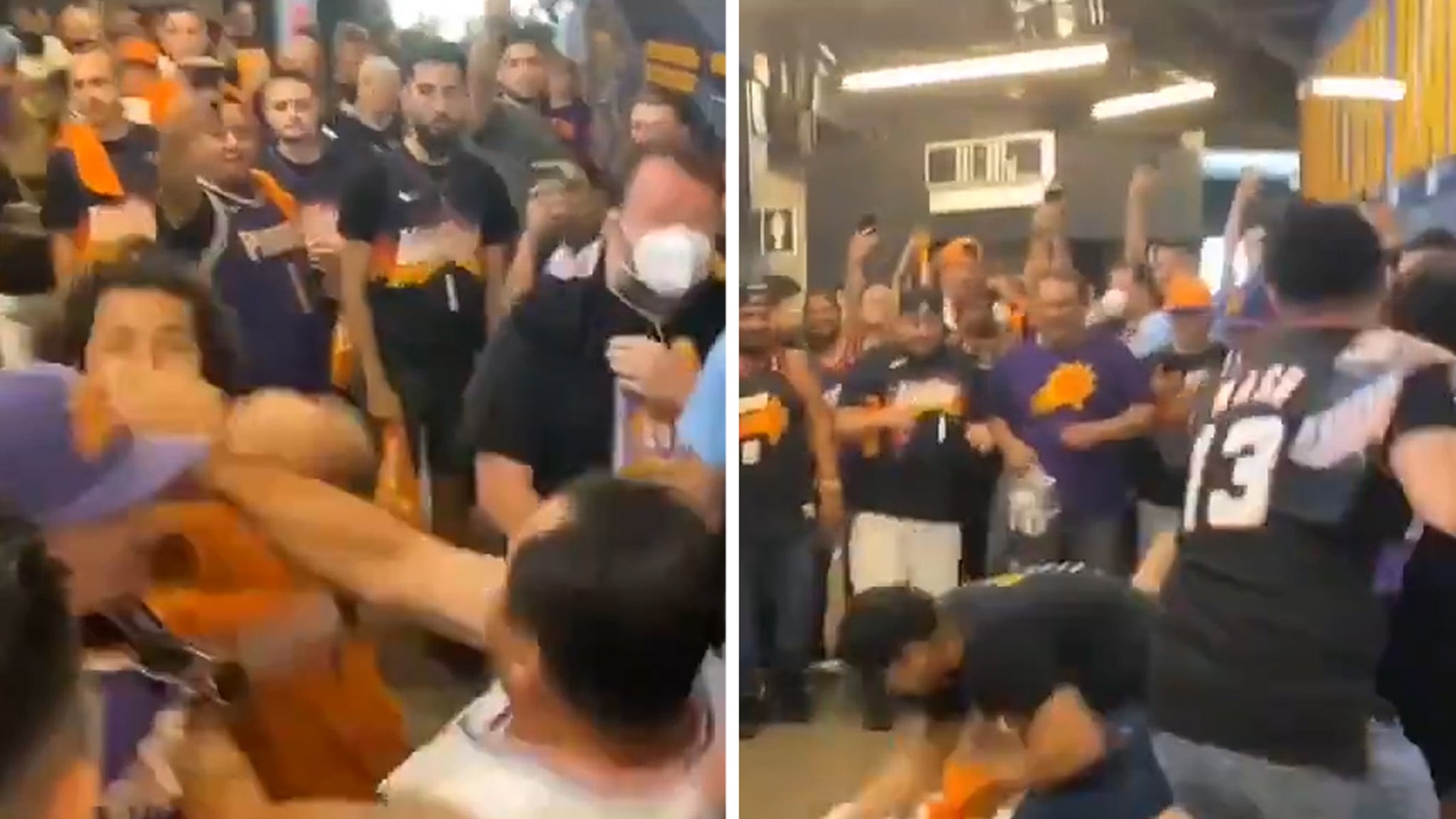 Suns and Clippers fans got into a VIOLENT altercation during the first game of the two teams’ playoff series Sunday … and the insane fight was all caught on video.

The wild action appeared to go down in the bowels of Phoenix Suns Arena in Arizona … when two Clippers fans got into a screaming match with a bunch of Suns supporters.

You can see in footage filmed by a bystander … the two L.A. fans — rockin’ Kawhi Leonard jerseys — yelled for several seconds before they let their hands fly.

One of the Clippers fans threw a big punch at a Suns fan — before he was eventually taken down to the ground.

And then, all hell broke loose.

More than half a dozen people were involved in the fracas … with haymakers being thrown and landed left and right.

It’s unclear if there were any injuries or any arrests made … we’ve reached out to police, but so far, no word back yet.

Of course, this is the second big fight the Suns have seen this month … you’ll recall, it was less than 2 weeks ago when the “Suns In 4” guy wrecked a Denver Nuggets supporter during the team’s previous playoff series.

Most disrespectful moment here was “Suns in 4” pic.twitter.com/piYbub2nQa