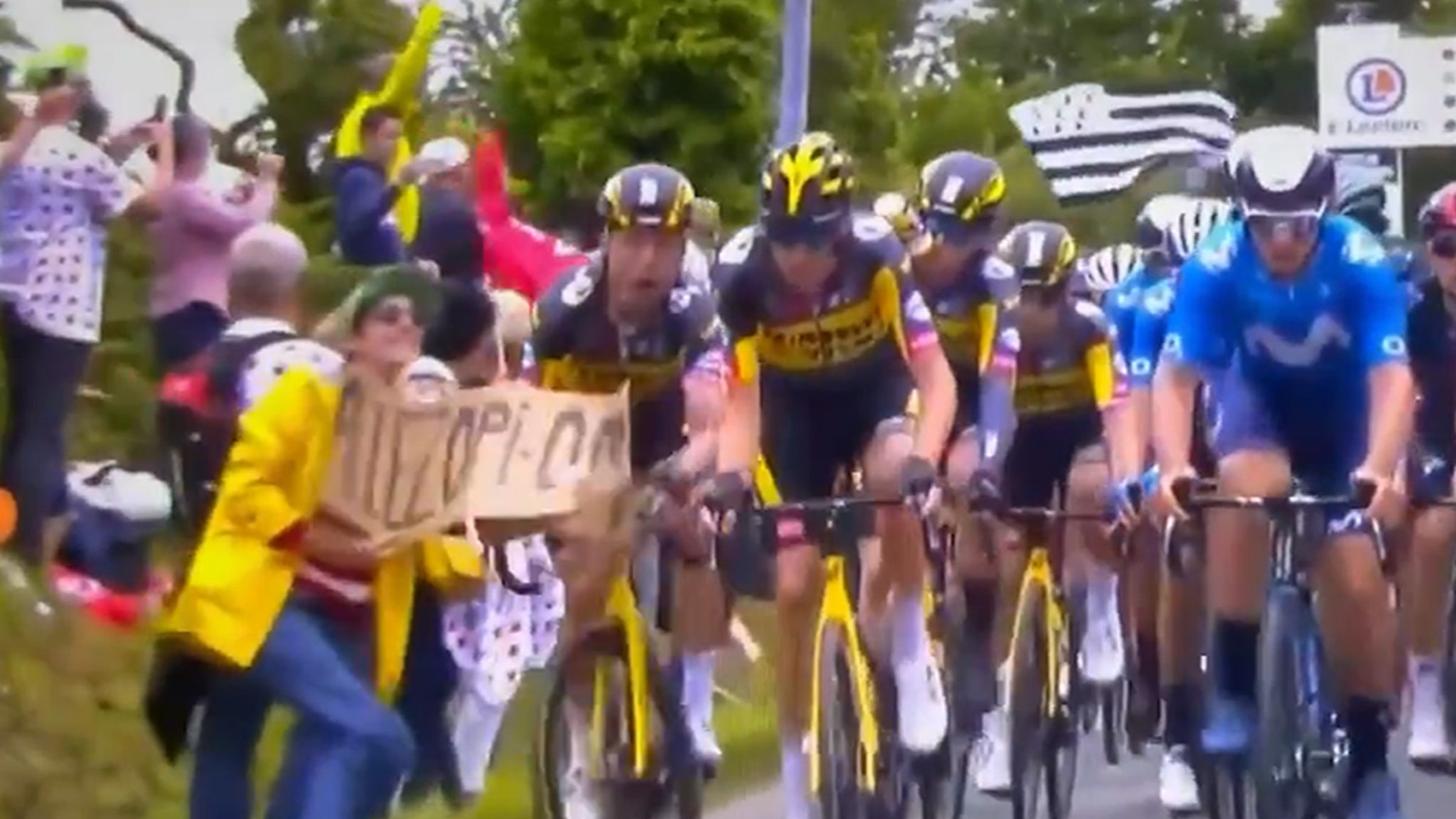 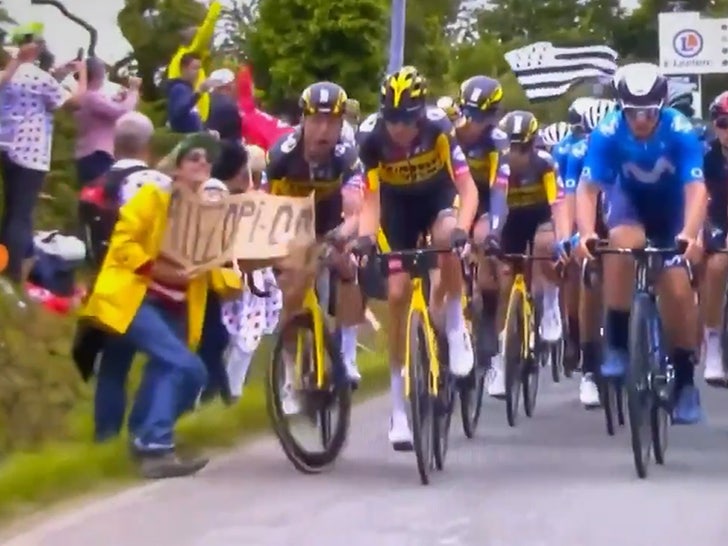 A spectator with a sign caused a massive, crazy pileup Saturday during the Tour de France.

Literally minutes after the race began … a fan holding a cardboard sign held it out too far … hitting one of the riders … causing him to eat it hard. That, in turn, triggered a chain reaction as rider after rider bit the dust in a wild scene.

Here’s how it was described by former green jersey winner Sean Kelly … “The guys at the front went through a very tight section between the islands in the middle of the road and it was a dangerous one for those further back in the peloton. This is Brittany – you have a lot of road furniture and small villages. It is very technical for the first stage of the Tour de France.”

As if that’s bad enough … there’s a real chance of rain as the day wears on. Believe in bad omens much?

It’s unclear if any of the riders were injured, but gotta say … if none were, it’s a minor miracle.

Hope this is not a sign of what’s to come.