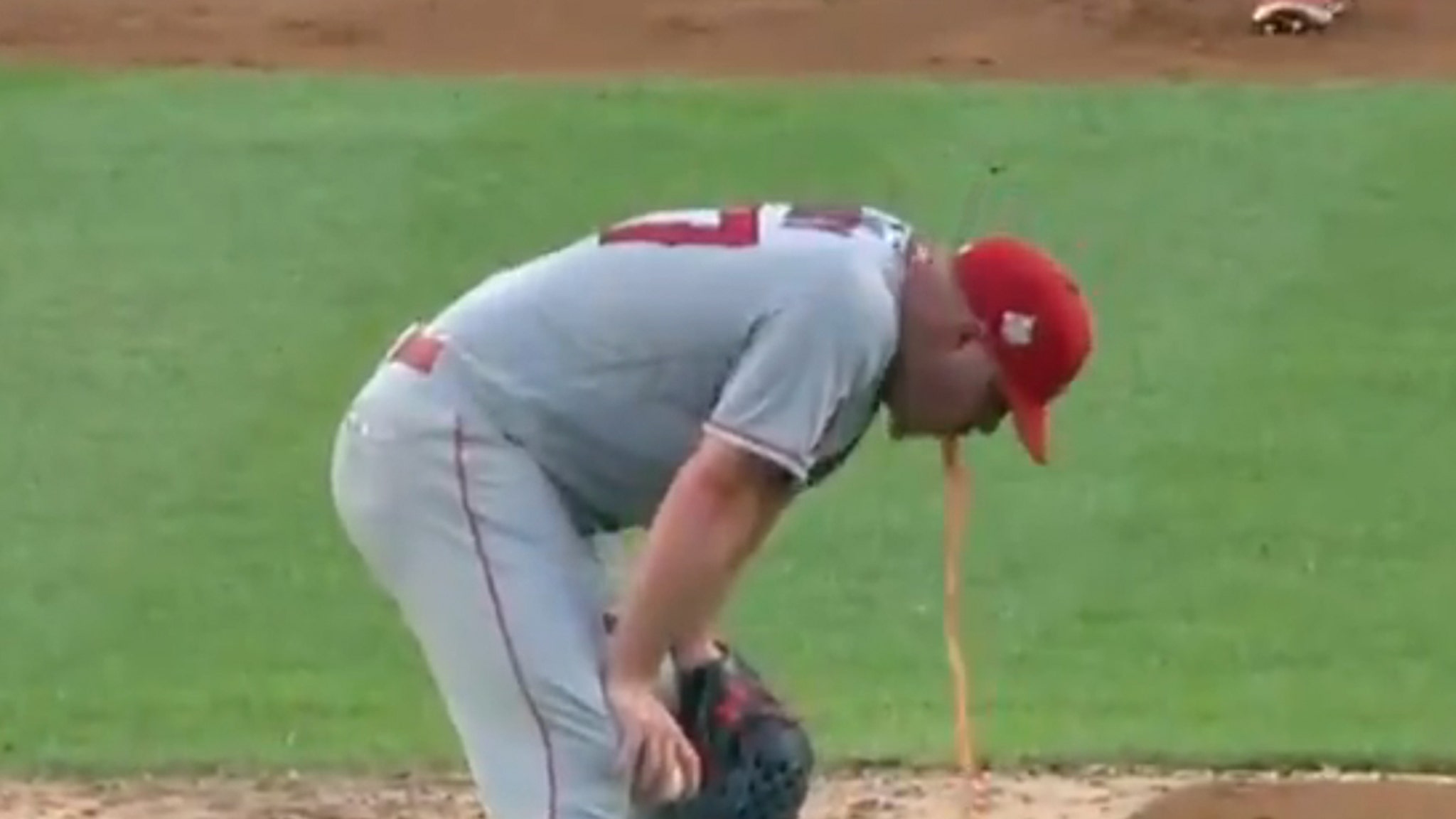 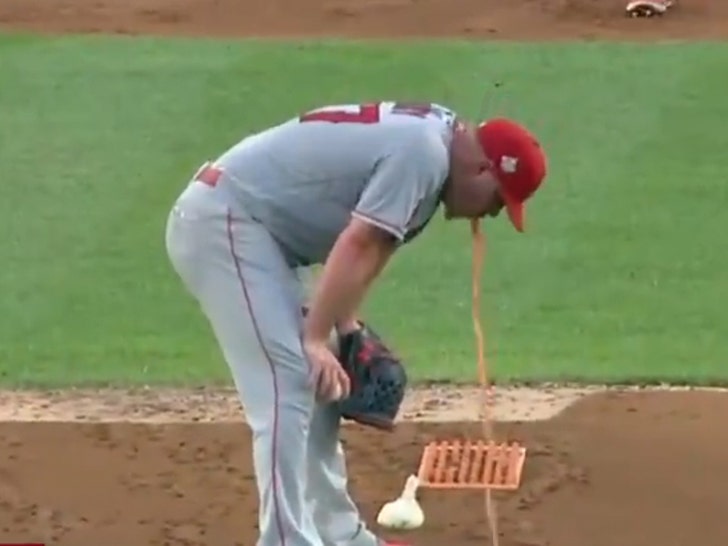 Incredibly gross scene at Yankee Stadium on Monday … Angels pitcher Dylan Bundy was so bothered by the New York heat, he straight-up blew chunks all over the mound!!

It all went down in Los Angeles’ tilt with the Yankees … where temperatures in the 90s had Bundy REALLY not feeling so hot.

The 28-year-old struggled to pitch to his first few batters of the night — giving up four hits and two runs — and then late in the 2nd inning, you can see he really wasn’t doing well physically.

Video from the game’s broadcast shows Bundy was sweating so much, water was dripping off his hat … and then he couldn’t hold back a load of vomit.

Bundy threw up several times all over the mound and all over the grass behind it … and after a trainer came out to check on him, he was eventually pulled from the game.

Fortunately, the Angels say he was just dealing with some heat exhaustion and he’s expected to be fine.

Tigers Beau Burrows vomits on the mound in his first pitching appearance this season pic.twitter.com/bvwJ1yF2aD

Of course, if this all looks familiar … it’s because it is — just a few weeks ago, Tigers pitcher Beau Burrows also yacked all over a mound dealing with heat problems.

Pretty nasty stuff … but, hey, the Angels were still able to come out with the win Monday, beating NY, 5-3.