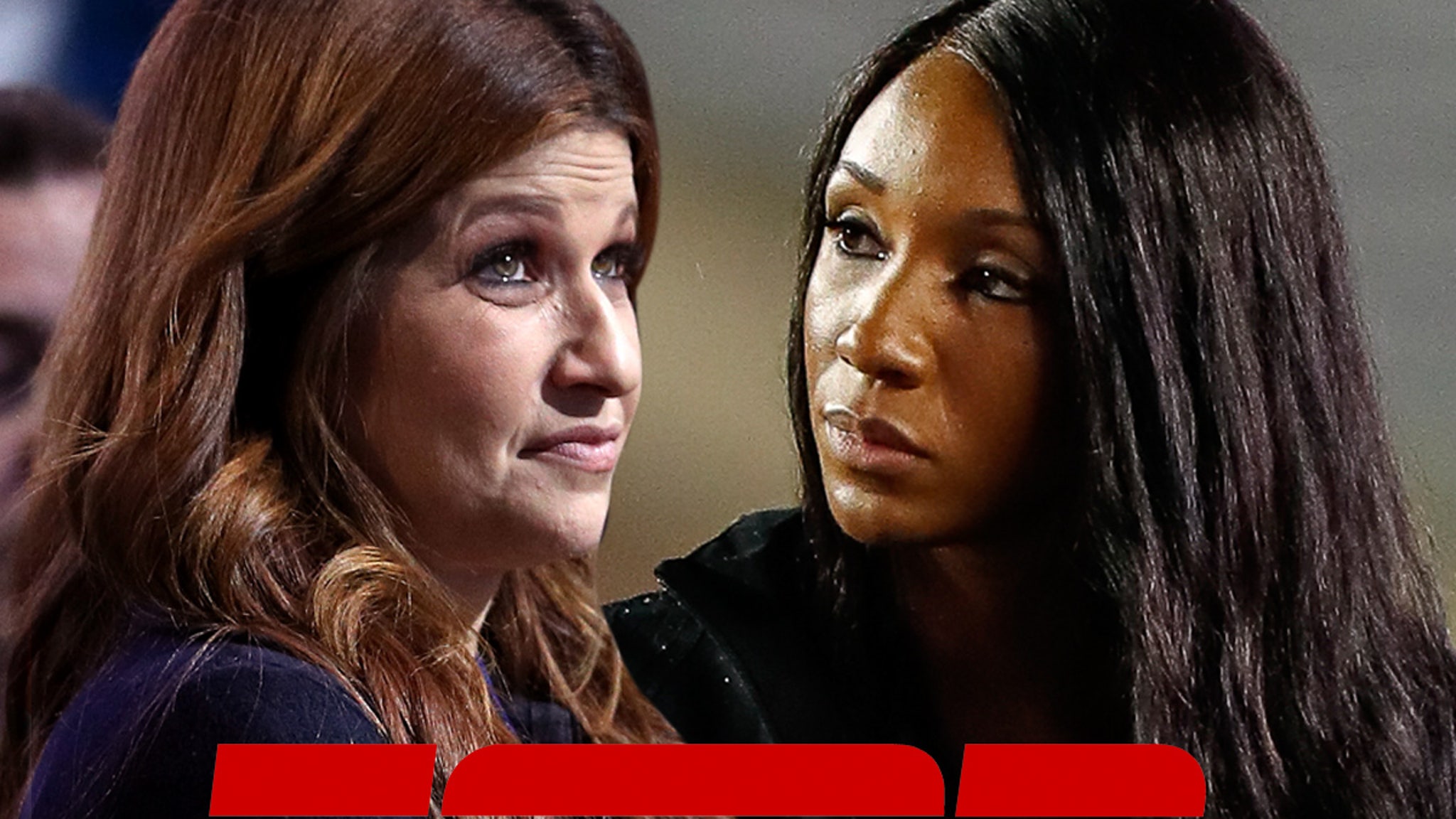 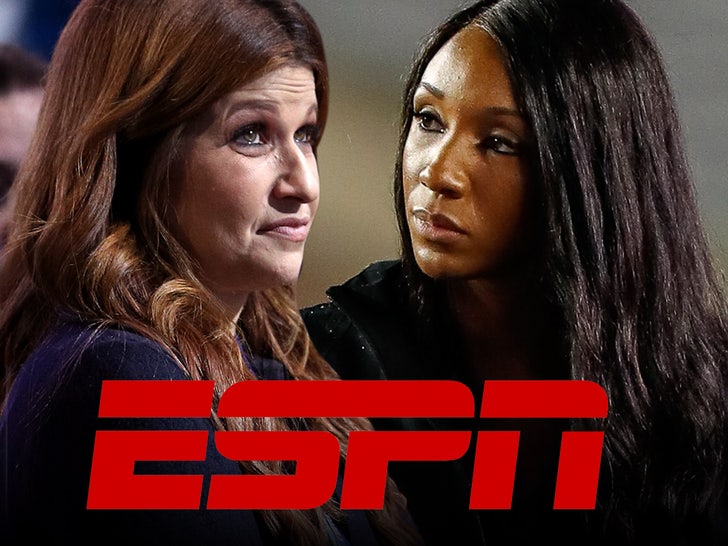 Rachel Nichols — a star anchor for ESPN, covering all things NBA — was caught on camera last year talking to LeBron James‘ publicist about how to prevent a fellow female anchor, who’s Black, from taking over her job during the Finals … and the fallout seems devastating.

The New York Times published a bombshell report Sunday, detailing the drama at the sports network over the past year and change … this after a video of Nichols talking to Adam Mendelsohn was secretly recorded by an ESPN employee, leaked … and spread like wildfire.

When Rachel Nichols lost her TV job to Maria Taylor because of diversity pressure per Nichols, who was her first call? LeBron’s top advisor. If you ever wondered why LeBron gets a free pass for his idiocy, here you go. ESPN’s talent is working with him: pic.twitter.com/pRMX3wdIch

Nichols was working/filming from a hotel room last May just as the NBA Playoffs were getting underway (due to the pandemic) and it appears she left her camera on somehow, and the thing was still recording when she had this chat with Mendelsohn … with the feed going back to the ESPN studio, where somebody captured the damning words exchanged.

In the first snipped posted by the Times, you can hear Nichols venting to Mendelsohn — who’s a PR/comms wiz — about how ESPN had approached her with the idea of doing sideline reporting during the Finals that year, as opposed to hosting — a task Nichols has shared on and off lately with Maria Taylor, another rising star … who’s African-American.

Check out the convo … Nichols basically says she declined ESPN’s offer, because she knew it would make way for Maria to handle hosting duties full-time, essentially pushing Nichols out of the picture … something she was clearly not down for, as she wanted to maintain her gig.

Nichols goes on to say of Maria shortly thereafter … “If you need to give her more things to do because you are feeling pressure about your crappy longtime record on diversity — which, by the way, I know personally from the female side of it — like, go for it.” She adds, “Just find it somewhere else. You are not going to find it from me or taking my thing away.”

In a 2nd audio snipped … Mendelsohn is heard giving advice to Nichols about how she could frame the dynamic of ESPN pitting two females against each other in order to gain leverage, even if it would potentially be at Maria’s expense. He also had some interesting thoughts on #MeToo and BLM, saying he had “nothing left” and was exhausted … in what sounds like what he (and perhaps Nichols) considered phony pandering/appeasing at the executive level.

After this video/audio was spread around among ESPN workers internally, it eventually reached the higher ranks … and the NYT reports the network has been in damage control mode ever since, with fears that Nichols might sue — and that Taylor might leave entirely.

The latter’s contract is up this year … and word is she has not responded to Nichols’ attempts to apologize or make peace. Messy stuff, for sure … and very telling.