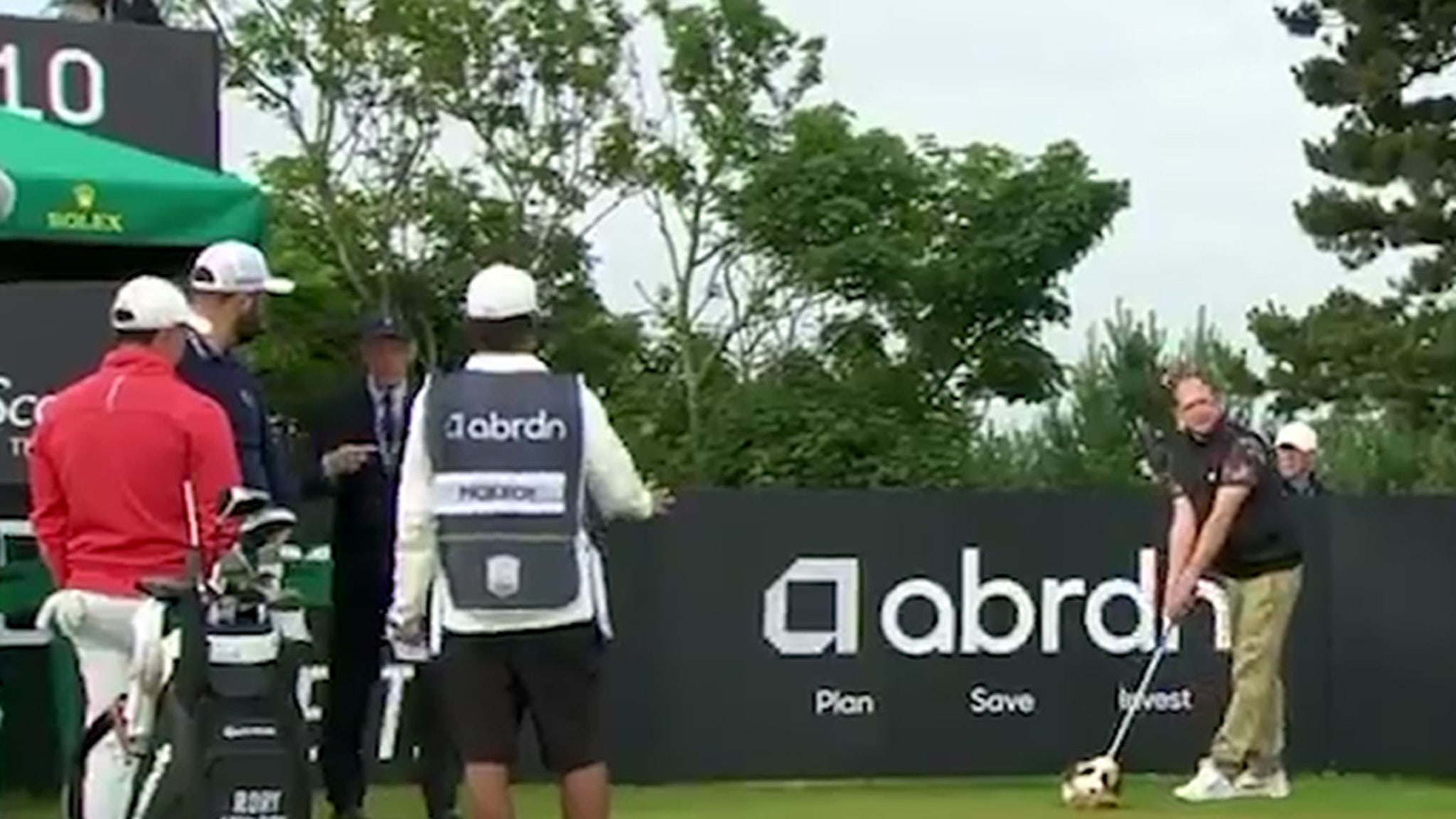 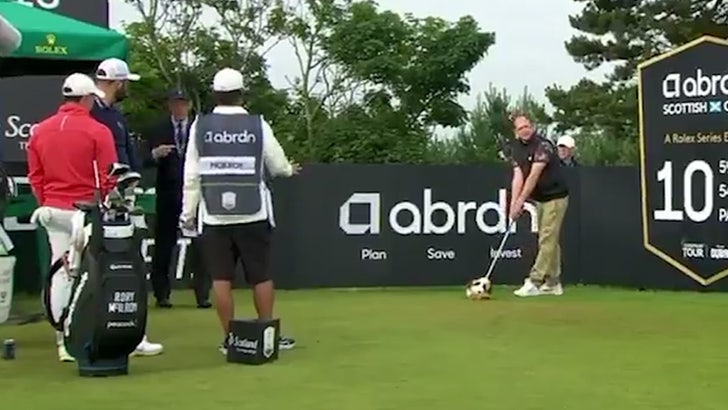 A golf fan was booted from the Scottish Open on Friday … after he stole Rory McIlroy‘s club straight out of the star’s bag and began playing with it on a tee box.

The bizarre scene was captured on video … and you can see in the footage, as Rory was gearing up to hit a tee shot on hole #10 at The Renaissance Club in North Berwick — a fan casually walked up to the 32-year-old’s bag and rummaged through it.

The guy initially tried to pull out Rory’s driver … but when it got stuck, he went back into the bag and snagged one of McIlroy’s irons.

The man then began lining up as if he were going to swing … all while Rory, Jon Rahm and their caddies looked on with perplexed expressions on their faces. 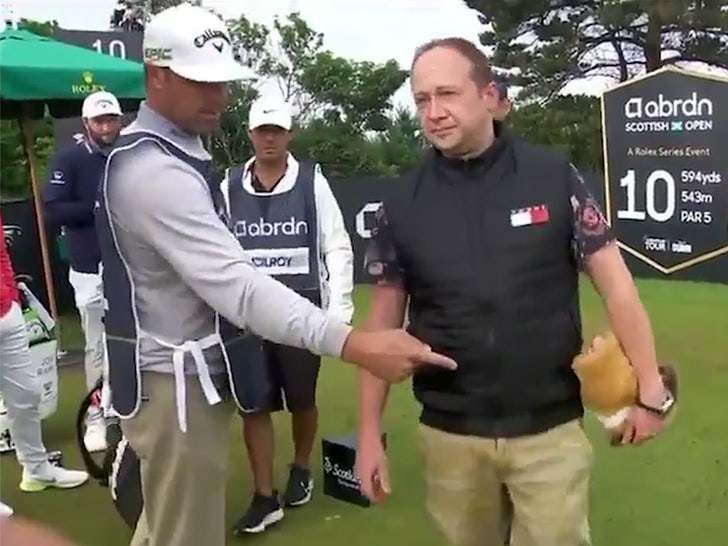 Eventually, event officials got the guy to give back the club … but he still tried to walk off with Rory’s famous dog headcover.

Security, though, was able to wrestle it away from the man … before booting him from the area.

“Let me put it this way: you could smell the reason why he did what he did,” Rahm said of the incident afterward, according to The Scotsman. “He was clearly not sober. I’m going to say it was vodka. I’m no expert, but he had a long night for sure.”

Rahm added, “He probably thought it was a fun idea. And, to be fair, it was quite funny.”

An event official said police are now investigating the incident.

As for Rory, he said he was unbothered by it all … explaining, “It was a surprise, yes, but it was handled efficiently and everything’s okay.”