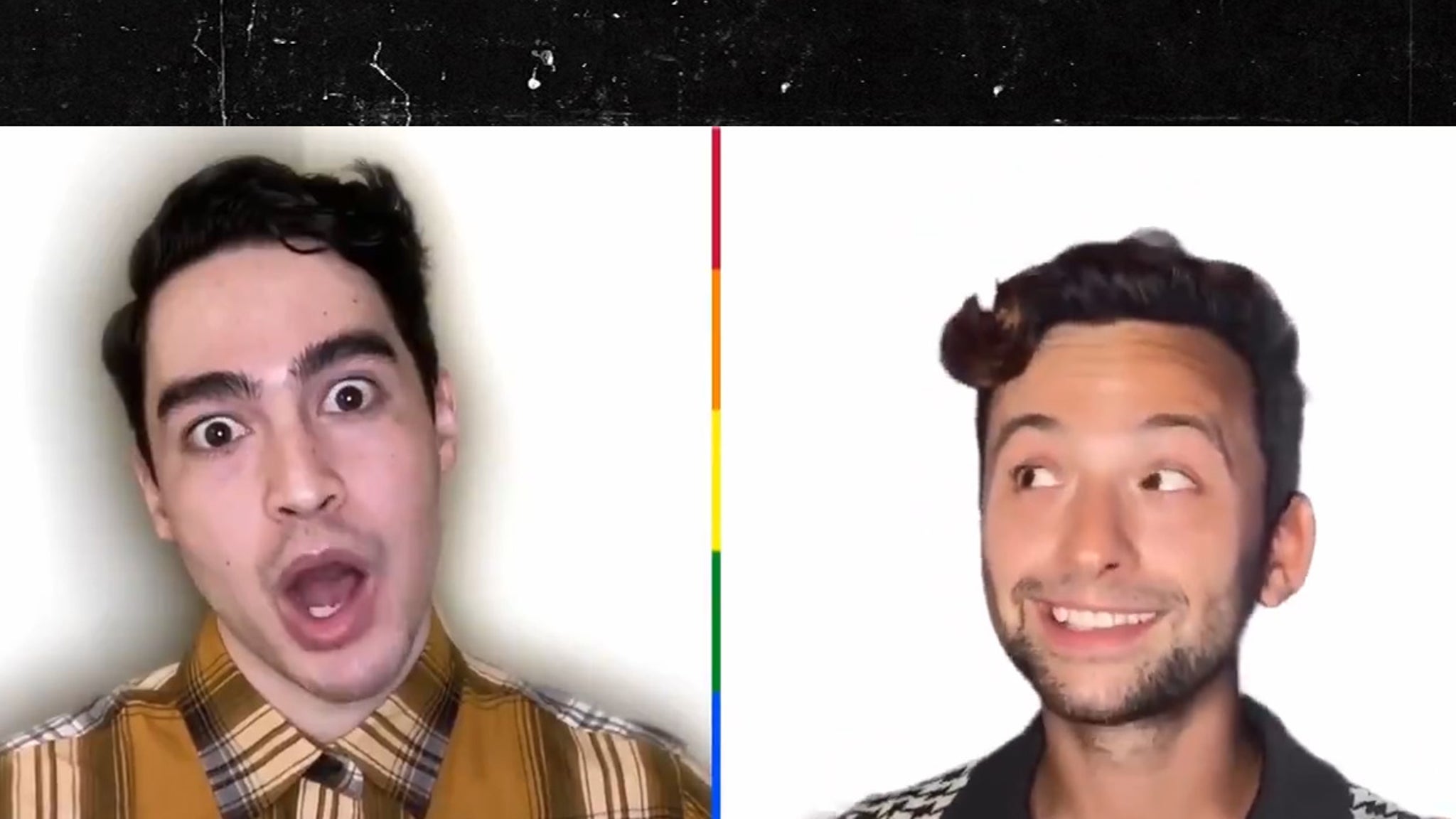 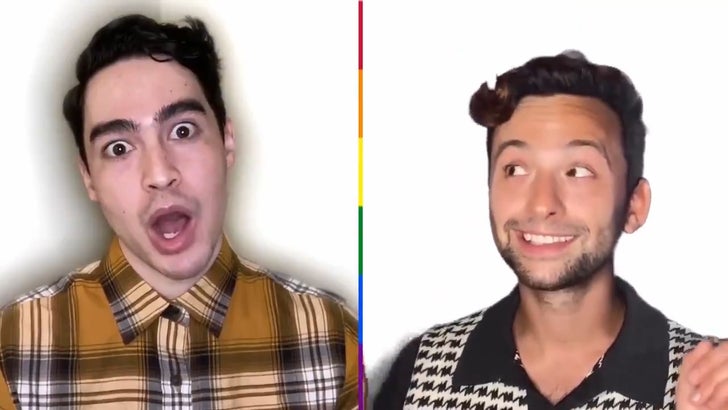 The San Francisco Gay Men’s Chorus is not backing down from a controversial song in the wake of what they claim is a wave of death threats coming their way.

Here’s the deal … the SFGMC recently posted a song across social media where they satirically sing, “We’ll convert your children,” but they say it’s being taken out of context and they’re getting lots of hateful backlash, including violent threats.

The Chorus is laying the blame on “far-right conservative media” … claiming the song’s tongue-in-cheek humor is being lost on folks and instead used to “support a narrative that suits their intolerant and hateful needs.”

Their intent with the “convert” line is a double-entendre — when you hear the full song, they’re singing they’ll convert children “not to hate.” 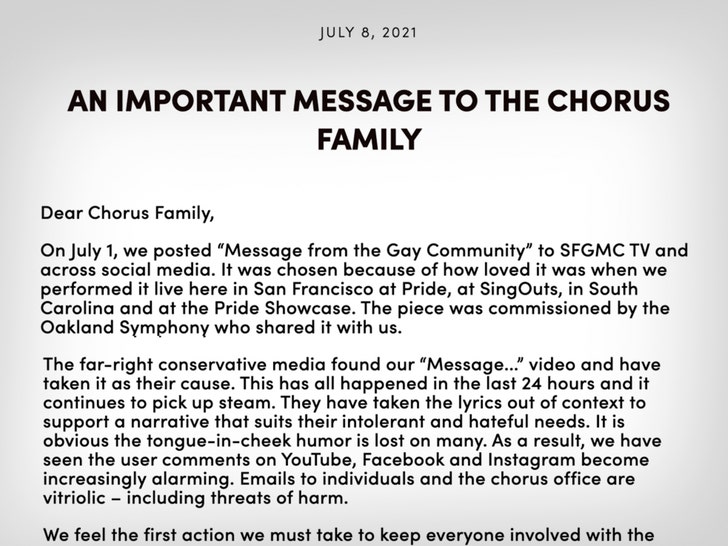 The SFGMC claims the death threats are coming their way in emails and social media comments, and the group says it won’t be threatened and will not back down in the face of violence. The Chorus says it’s working with national and local law enforcement to address the alleged threats.

The Chorus is sticking by the song, but they say they’re making the video private so it’s not easily copied and taken out of context on YouTube, Facebook, Instagram and other websites.