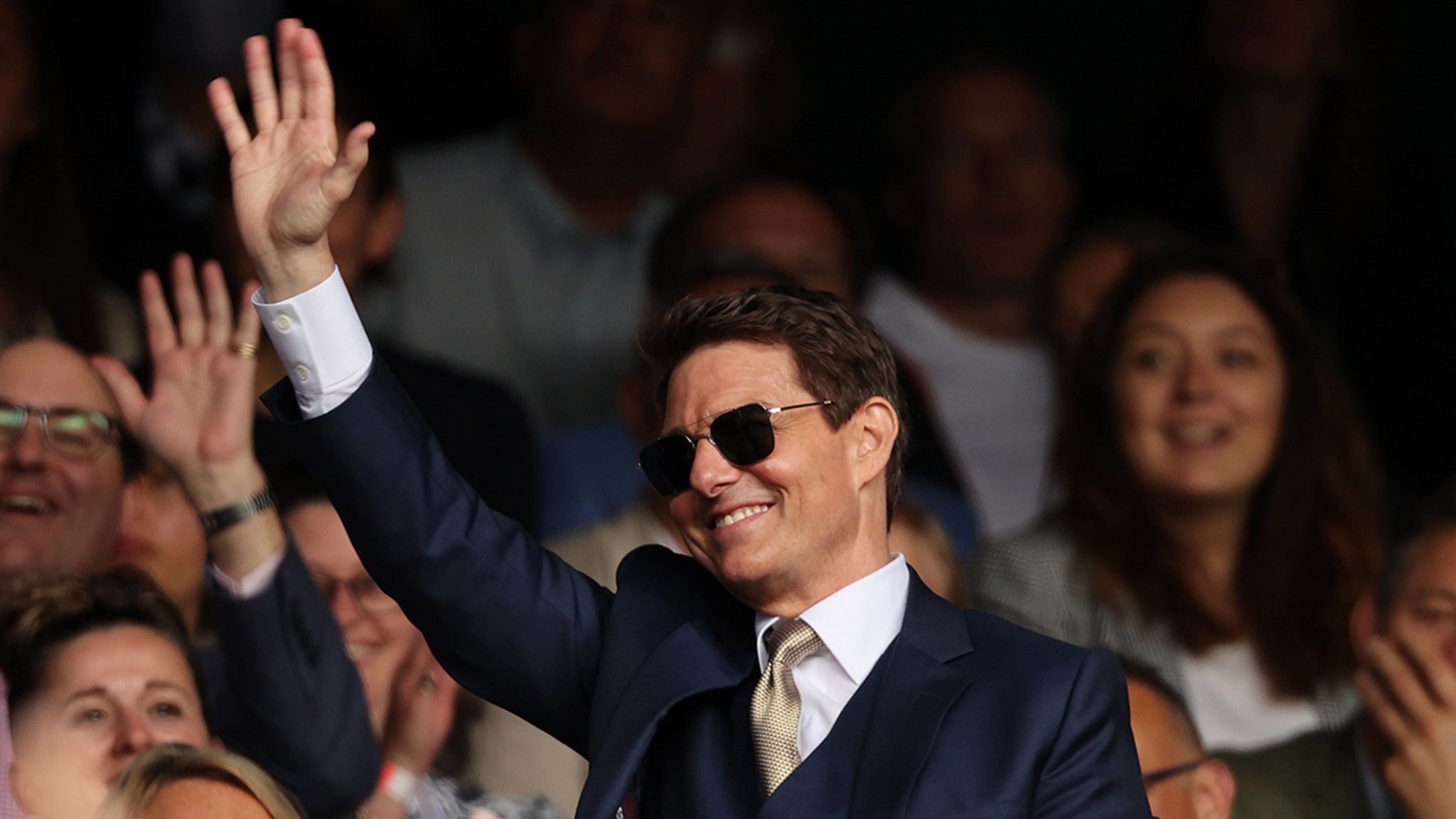 Nothing gets the blood going like a Wimbledon Finals match — unless Ethan Freakin’ Hunt himself stops by for a visit … in which case, it’s next to impossible not to strap in and HODL.

That’s exactly what happened Saturday in London … where none other than Tom Cruise himself dropped in for the ultimate round between tennis stars Ashleigh Barty and Karolína Plíšková … with his ‘M:I 7’ leading lady costars, Hayley Atwell and Pom Klementieff, in tow.

A set down, it isn’t mission impossible from here to win for Karolina Pliskova#Wimbledon | @TomCruise pic.twitter.com/0HoYtt3kud

It’s rumored Hayley and Tom are actually dating right now — and based on their body language before and during the match … that may very well be true. They seemed chummy.

Anyway, the cameo made for a lot of fanfare … people gave it up for Tom and co., offering up rounds of applause and stopping for photo-ops, etc. Of course, TC was graceful — waving to the crowd … and looking dapper as hell doing it. What else would you expect, right?

Interestingly … the dude didn’t seem too concerned with masking up, and neither did his cast members (or the Wimbledon audience at large). That’s fine though — the Wimbledon folks’ mask policy is like a lot of other event venues lately … ya must provide proof of vaccination, or a recent negative COVID test — plus, wear masks while roaming the grounds.

So, it’s all kosher. And, thankfully, it is … otherwise the love-all spectators might’ve gotten a taste of what the ‘Mission: Impossible’ crew did last year while breaking protocol on set.