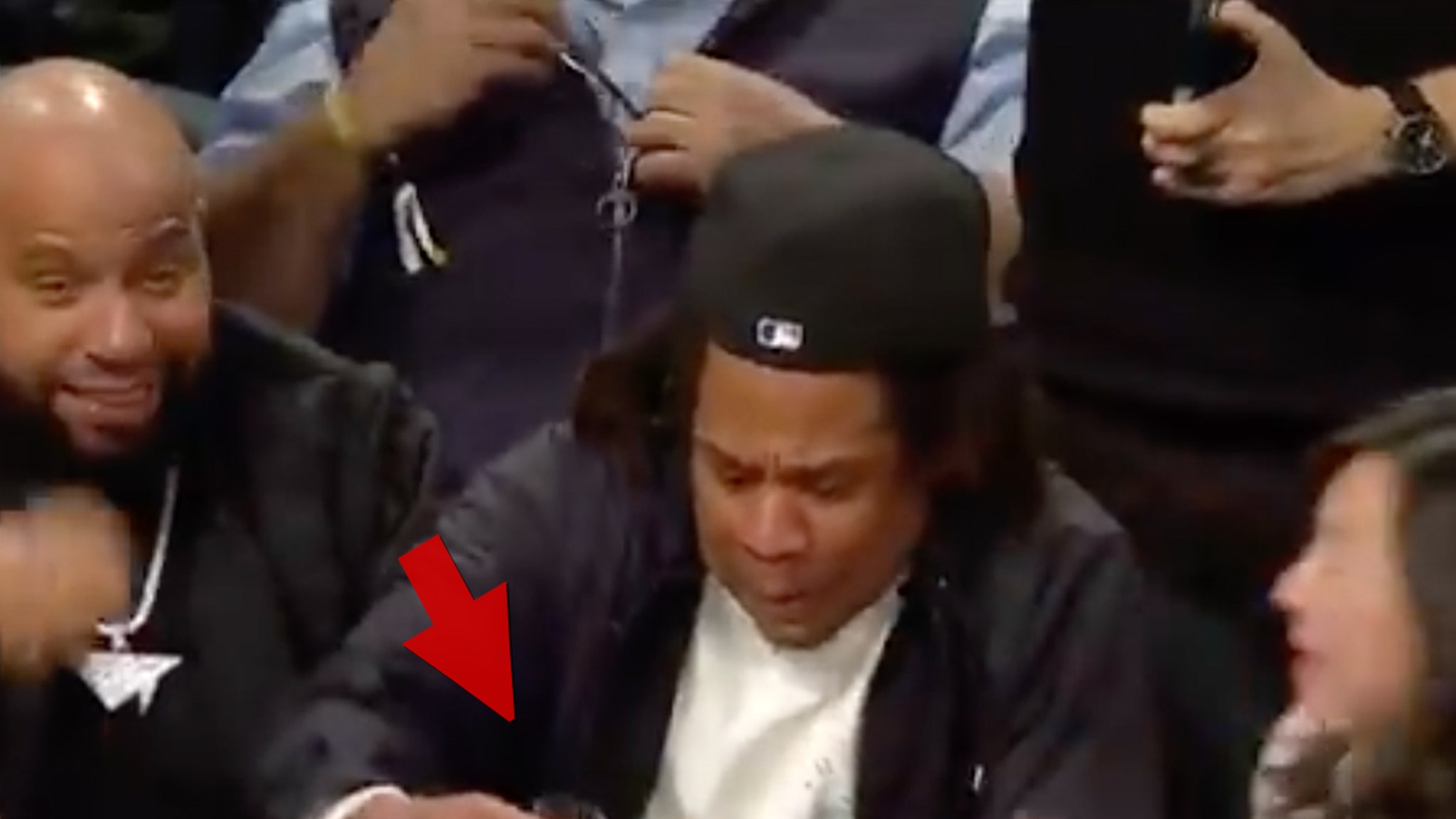 Jay-Z almost got a lapful of his drink at the Nets game Wednesday … and it’s all ’cause Brooklyn co-owner Clara Wu Tsai got a little too excited following a big play!!

The scene was hilarious … just seconds before halftime of the Nets’ game against the Heat, Blake Griffin threw down a dunk that brought Wu Tsai out of her courtside seat.

Remember when Blake Griffin just didn’t dunk for the Pistons? Does this count as a dunk?
pic.twitter.com/gcrMRuCGRE

Video shows the team’s co-owner clapped, and then grabbed Hov by his left arm to celebrate with the rapper.

The problem … Jay’s drink was in that arm’s hand, and it spilled all over the place!!!

The cup looked to be filled with red wine, too … but, thankfully, it missed Jay’s jeans and sneakers — and the 51-year-old was able to laugh it all off.

Of course, we’re sure Jay would’ve been fine with it regardless … he and Wu Tsai are good friends, and are famously partners in REFORM — the org. the two helped develop in order to fight criminal injustice in America.

Seems the rest of the game went off without a hitch — the two sat courtside and laughed and talked throughout the evening, though the Nets did end up losing 106-93.