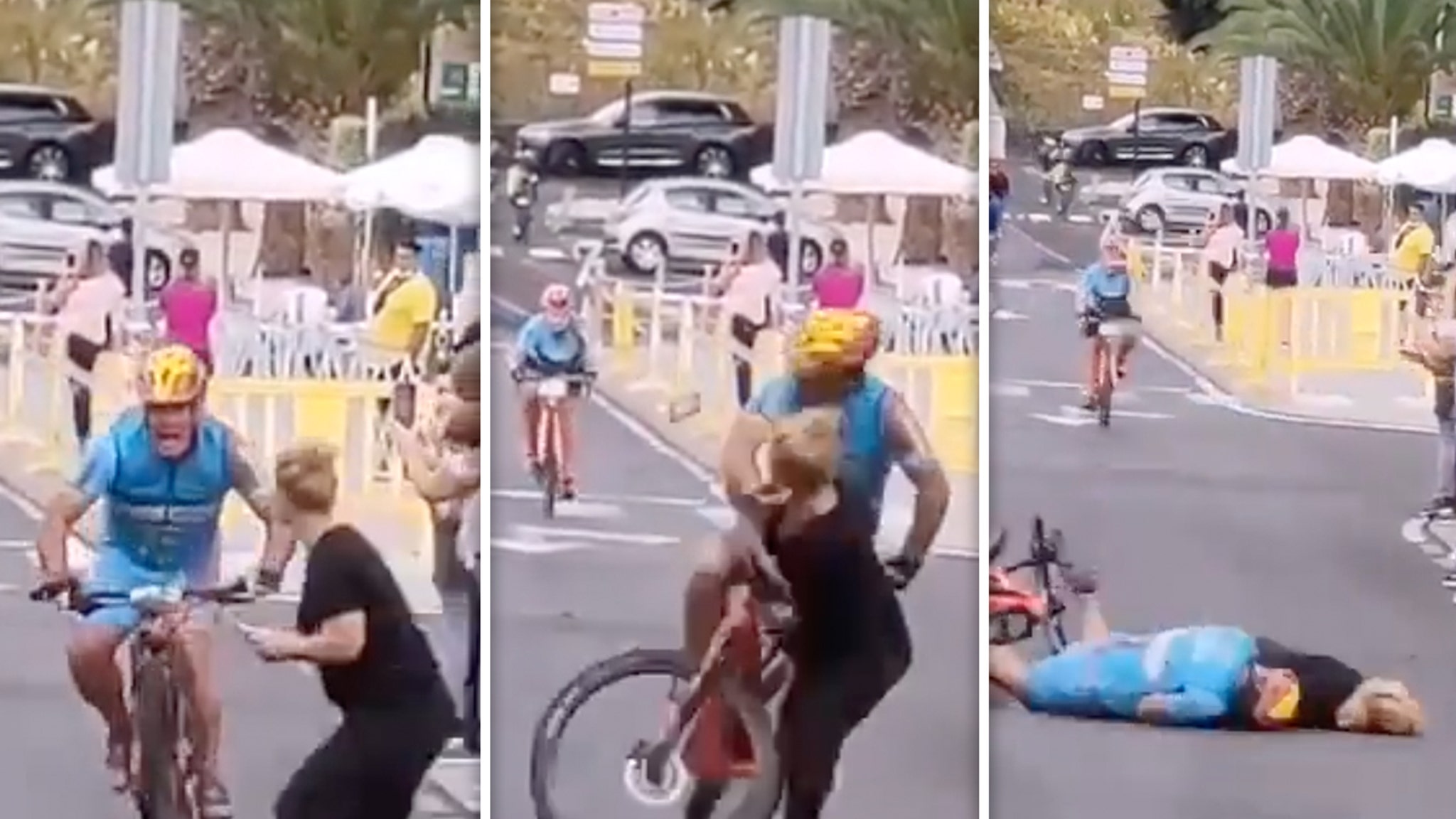 A spectator blindly walked right in front of a cyclist during a bike race … causing a brutal collision at the finish line, leaving them both injured.

The scary accident happened last weekend on the Canary Islands at the Cicloturista Condaca Salmor Bike event where 270 cyclists were racing.

The collision happened just feet before the finish line … when a woman, phone in hand, nonchalantly walked right in front of a cyclist in a blue uniform and yellow helmet

The biker — going full speed — had zero chance of stopping or swerving to avoid the accident, slamming right into the woman, sending both crashing to the asphalt.

The biker, who was transported to a local hospital, reportedly suffered head injuries and memory loss. The woman’s condition after receiving treatment is unknown.

The racecourse was blocked off with barriers … but unfortunately, some fans decided to get a closer look.

In fact, seconds before the collision you can see another spectator walk across the course. Thankfully, they weren’t also hit.

It’s not the first time we’ve seen a nasty spill at a race. Back in June during the first stage of the Tour de France, an overeager fan took out a rider with a sign, causing a chain reaction that took out multiple cyclists.

What the heck is wrong with this fan?! It’s only Stage 1 of the #tourdefrance! pic.twitter.com/oxeQAK7WVI

The female fan was arrested.